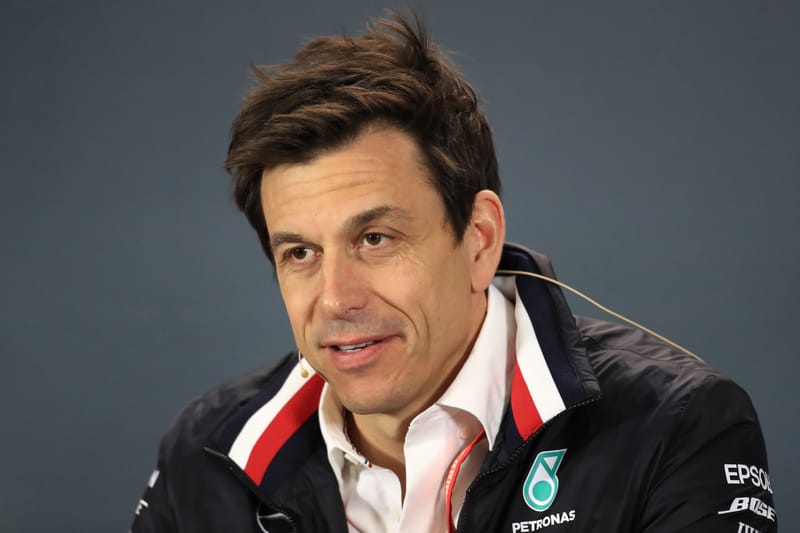 Mercedes AMG Petronas Motorsport Executive Director Toto Wolff was over the moon to see his team come away with the best possible result at the Australian Grand Prix.

The Brackley-based squad had topped every practice session on their way to locking out the front row of the grid, Lewis Hamilton taking pole position and Valtteri Bottas starting second.

The Silver Arrows remained one and two at the start with the Finn having edged ahead of the reigning-world champion. Although, Hamilton had lost performance due a damaged floor throughout the race, it was very much plain sailing for Mercedes to come away with the maximum forty-four points including the fastest lap, with Bottas leading home a one-two and securing that extra point for setting the quickest lap of the race late in the day.

Wolff was delighted with the 29-year old to bounce back after a winless 2018 campaign.

“That was a great day and an awesome drive for Valtteri – a perfect rebound after how last season finished,” Wolff mentioned.

“Over the winter, he recharged the batteries, reset, found his joy of driving again with the rally in Finland – then today it all came together for him. I can see again the young boy I first met over ten years ago and who dominated the junior series in 2008; it was a strong comeback and a really well earned win today.

“For Lewis, it was a harder afternoon – the start was not as good as Valtteri, then we had to pit him earlier than ideal to cover the risk of being undercut by Vettel.

“That gave him a long stint on the tyres and none of us knew if they would make it to the end, so it was hard to judge the right pace and he wasn’t happy with the car balance; my feeling is that it can be tricky to find the sweet spot with these new cars and tyres, and probably we didn’t manage that today with Lewis.”

The result had put Mercedes twenty-two points clear of their nearest rivals Scuderia Ferrari but Wolff had said that the team will not go into conclusions after just a single round.

“Overall, though, a fantastic day for the team and a perfect result in the opening race – including the point for fastest lap,” Wolff added.

“I know we have a very big supporter who is in Vienna now and not here with us in Melbourne – to you, Niki, we send all our best wishes and we hope you’re happy with this one. But this feeling will only last as long as we stay at the circuit; when the plane takes off for home, our eyes will turn to Bahrain.

“We know that Ferrari have the speed to fight back, so we won’t be jumping to any conclusions after just one race. We have a long season ahead full of twists and turns and challenges; we’re looking forward to the fight.”