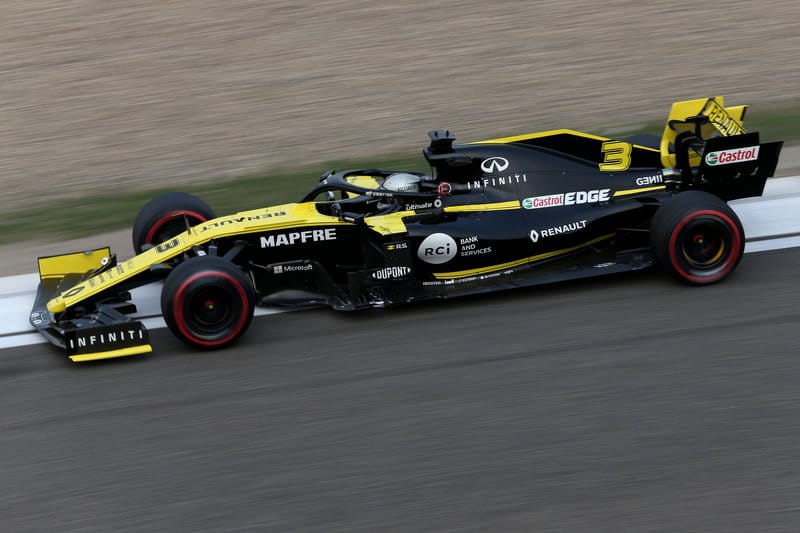 Cyril Abiteboul was pleased to see Daniel Ricciardo secure his first points of the season during last weekend’s Chinese Grand Prix, with the Australian finishing seventh on the road at the Shanghai International Circuit.

Ricciardo joined the Renault F1 Team ahead of the current campaign after opting to leave Red Bull Racing but had missed out on points on the opening two Grand Prix in Australia and Bahrain, but the twenty-nine-year-old made a one-stop strategy work to his advantage to secure six points for his new employers.

Abiteboul, the Team Principal of the Enstone-based squad, was delighted for Ricciardo to finish inside the points for the first time in 2019 having seen him retire early in both of the first two Grand Prix.

“We can be pleased that Daniel opened his points-scoring account with us,” said Abiteboul after the race on Sunday.

“He drove an intelligent race to conserve the tyres on a one-stop strategy, which we had to adopt to maintain position despite the challenge of starting on the soft tyres.”

Unfortunately, a promising weekend for the other Renault of Nico Hülkenberg ended prematurely with another MGU-K failure, which means the German has retired from two of the opening three Grand Prix, and Abiteboul promises that the team will address these issues that have affected the Renault power units during 2019 so far.

“Nico, unfortunately, retired with an MGU-K related problem that we will investigate further,” added Abiteboul.  “We will look at the weekend as a whole and our focus switches to the next race.”