2014 Porsche Carrera Cup GB champion Josh Webster is set to make a surprise return to the series after a late deal was put together on the eve of the second race weekend of the 2019 season.

The former champion will run with Team Parker Racing with the backing of TAG Autosport this weekend at Donington Park.

Since taking the championship Webster has raced around the world in various sportscar races including the Formula 1 supporting Porsche Mobil 1 Supercup, taking fourth place in the rookie championship in 2017 and seventh overall.

Despite missing out on the two opening races of the 2019 season, Webster is hoping to make the most of the year and push for race wins throughout the season.

“I’m looking forward to it,” said Webster. “It’s all come about very last-minute and I’ve got to say a massive thank you to Porsche for helping with the car and to Stuart [Parker], Barry [Horne] and everyone at Team Parker Racing for making this happen.

“I raced with the team in 2015. It’s really cool to be back and to run with number nine on the car, which is the same number I ran when I won the championship. 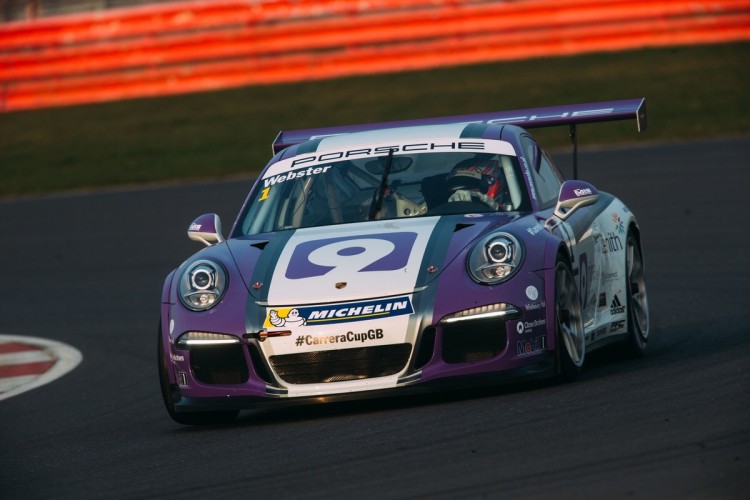 While Webster will be able to draw on past experience for the weekend ahead, he is in at the deep end having had no testing in the car that was only picked up by the team on Thursday evening.

“There’s absolutely no doubt that to jump in for qualifying with no practice is going to be hard but if we can get a solid weekend in with no mistakes, we can build on it throughout the year.

“I last raced in Mexico in October last year, but if I can use a bit of my experience from Supercup over the last few years, it will make me more competitive.

“We should be able to jump back in the car and go for the top four, but we can’t be too confident going in.

“I’m not putting too much pressure on myself. I love the TOCA package and I’m just really looking forward to getting out there and racing.”

Having previously raced with Team Parker Racing, team boss Stuart Parker is happy to welcome the Suffolk-based driver back to the team.

“We are really excited to welcome Josh back to the team,” said Parker. “He won with us in 2015 and we know he has the talent to get stuck in. Racing in the Supercup is very close and you have to be on it straight away as there is no margin for error.

“Given his experience, we are confident he’ll be competitive this year. It’s not ideal starting the way we are, having missed the opening races, but we’ll give it a good go this weekend and use it as a springboard for the rest of the season.”