Magnussen hoping race pace has been found during tests 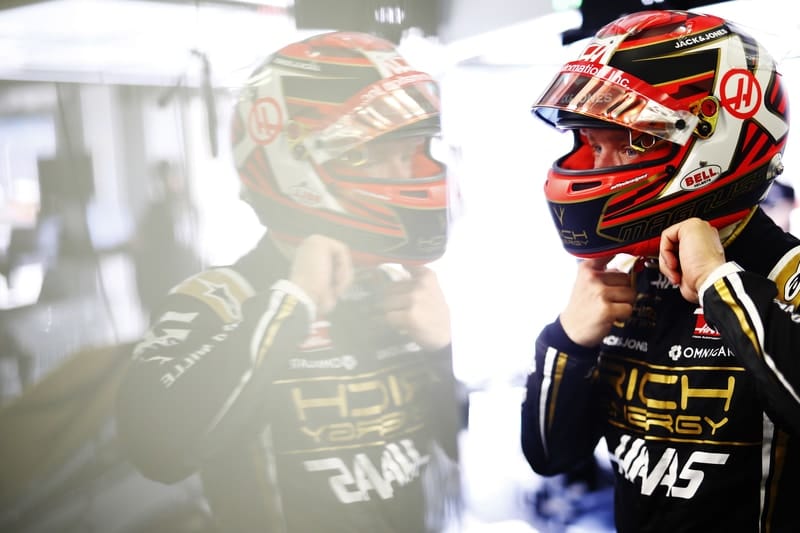 Haas F1 Team‘s Kevin Magnussen has said he will be “celebrating” Formula 1‘s 1,000th grand prix this weekend at the Shanghai International Circuit.

“It’s great to be part of this sport.  It’s been my dream since I was a child.  I’m looking forward to celebrating the 1,000th grand prix in China.”, he said.

Having had a contrasting race last time out in Bahrain, Magnussen feels the team will be able to use the data they gathered during the weekend and at the following test to improve their package for this race and the rest of the season as a whole.

“We had very strong qualifying pace but, unfortunately, the race pace wasn’t as strong, which was disappointing for the whole team, of course.” said Magnussen.

“Fortunately, we had the test after the race which will have allowed the team to evaluate and, hopefully, find some answers from our weekend,”

Magnussen said he felt that there was no advantage in using the experience gained from races in previous years, as every one is different.

“Each race is different every year.  You come with a different car, a different package.  It’s not like you can look and say that it gives you confidence, as such.

“I guess some tracks suit you better than others, but I wouldn’t say China is a standout, really.  It’s a pretty standard race.  We’ll go about it in the normal way to get the best possible result.”