Illien will drive a 1955 Citroen 11B and team up with daughter Noele, who will act as navigator for the Ilmor Engineering co-founder, for a second assault on the event – their first coming in 2013.

Founded in 1983, Ilmor has developed engines for multiple Formula 1 and IndyCar winners; and built the Mercedes-Benz engines used by the McLaren F1 Team for its 1998 Constructors’ Championship victory and Mika Häkkinen‘s ’98 and ’99 Drivers’ title successes.

More recently, its link with Honda has led to Brixworth-based Ilmor aiding the development of the Japanese marque’s 2019 F1 power unit used by Red Bull Racing and junior side Scuderia Toro Rosso.

Illien explained that his daughter persuaded him to try the event for the first time, but feared that she would lose interest initially.

“She was really the person who almost forced me into the Peking Paris,” Illien said.

“‘You have to get a car, you have to do these things!’ she said, I thought yes, I’ll get the car and spend a lot of time preparing it then she will change her mind, but not a bit of it. 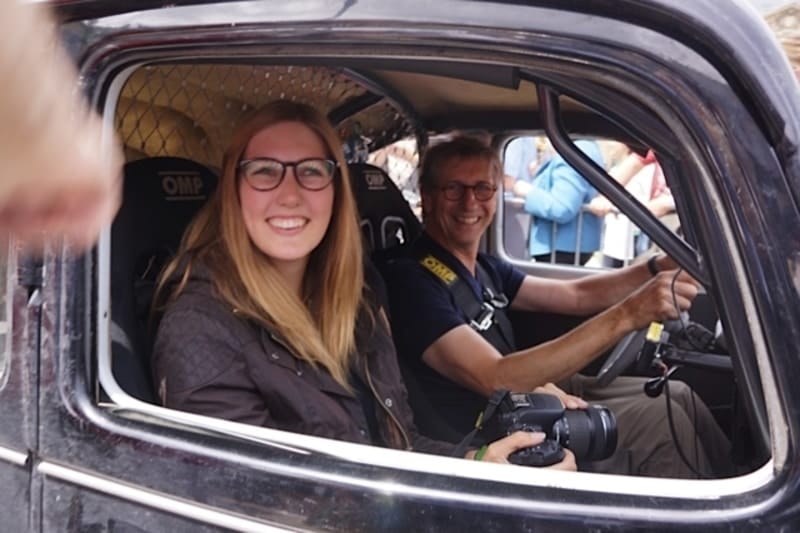 “She pushed and pushed to the point where I said I’d better sort out a car and get rolling!

“She so enjoyed the event that when we got to Paris she told me how sad she was that it was over and wanted to continue!”

When asked about the modifications he made to turn the ageing Citroen into a toughened rally competitor, Illien said that he left no stone unturned in his renovation – having to tap into some of his knowledge and experience to bring the engine up to standard.

“I took everything to pieces, suspension, engine and gearbox, everything was rebuilt, I reinforced some of the parts and then set about the engine,” Illien detailed.

“I modified it to make it a bit more modern, for example putting an oil filter in the motor as those old engines didn’t have filters, you had to change the oil all the time, there was even dirt in the crankshaft and camshaft!

“I put new rods and modern pistons in it, different liners and modern bearings. I like to draw the bits and pieces then make some of them myself.

“Gradually I have made more changes as I found more weaknesses.

“On event, like everybody, we had a few issues but we managed to repair things and keep going, we managed to avoid the tow truck so far!”

The seventh edition of rally in its 112-year history starts on 2 June and is set to last approximately 36 days, and nearly 14,000km. Adding to the challenge, the competition is only available to cars produced before 1976.

The use of untrodden paths and demand for ingenuity in the face of adversities excited and attracted Illien.

“Once I got started in endurance rallying I must say I really liked it,” the 68-year-old continued.

“Sometimes you have to fix things with nothing, maybe a piece of wire or string, you have to find solutions to keep going which I find quite challenging.

“You are more or less on your own, if you have a real issue the mechanical assistance crews will help but so long as you can manage, then you do it on your own.

“That is part of the challenge. However, the main attraction for me is Mongolia and Siberia. Huge empty spaces, nobody there, no roads!

“Being more or less on your own I find fantastic.”

By Pontus Lindroos
1 Mins read
Ken Block has revealed his new purpose built 1,400hp AWD Porsche 911 nicknamed “Hoonipigasus” which he will use for the 2022 Pikes Peak International Hill Climb event in Colorado
Rally