The Rest Was History After Strong Start In China – Lewis Hamilton 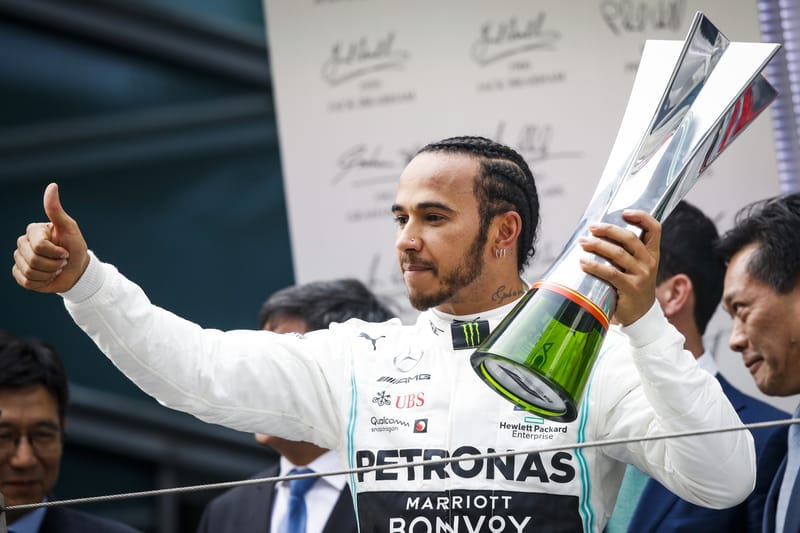 Lewis Hamilton says jumping his team-mate at the start of the 2019 Chinese Grand Prix was enough to secure his second victory of the year.

Hamilton captured the lead of the race at the start, beating his Mercedes-AMG Motorsport team-mate Valtteri Bottas to turn one. From there, Hamilton dominated the race, leading every lap and winning by over six-seconds to record Mercedes third straight one-two finish.

“It’s not been the most straightforward of weekends, but what a fantastic result for the team, everyone’s worked so hard for this,” says Hamilton.

“Coming here we didn’t know exactly where we would stand with Ferrari, as they’d been so quick in Bahrain. Valtteri has been quick all weekend and did a great job today. To have a 1-2 together is really special for the 1,000th Grand Prix.

“The start was where I made the difference and after that it’s history. The strategy has really been on point over these first three races so we need to keep that up.”

In China, Hamilton’s immense fan-base were out in force as he claimed the seventy-fifth victory of his career. With it, the reigning champion claimed the championship lead but still predicts a close fight throughout the remainder of the season.

“Team LH China have been incredible all weekend, a big thank you to them. They welcomed me from the moment I arrived at the airport, at the hotel every morning and night every single day, and then at the track too. A big thank you to everyone who’s supported me.

“You can still see it’s very close between us all. I really have no idea how the next races will turn out but I’m super excited for them.”