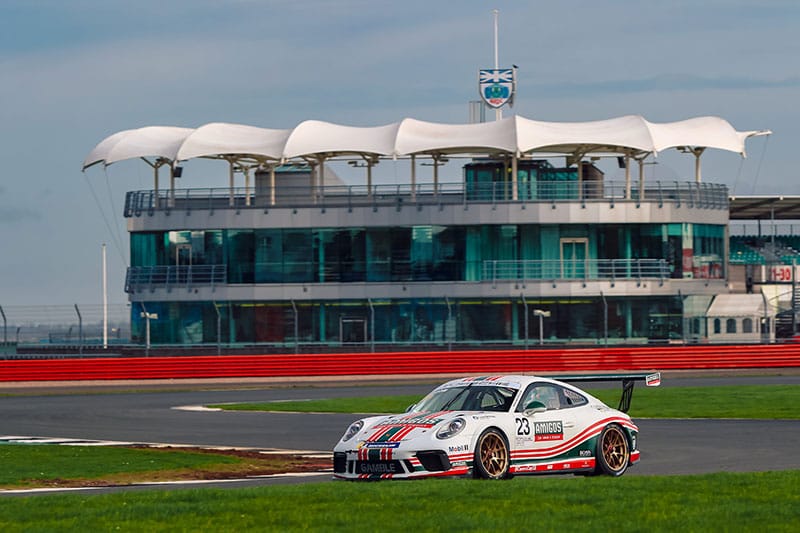 Harper has had a strong start to the 2019 Porsche Carrera Cup GB season, taking victory in the opening round of the championship followed by a third place, it was a carbon copy of the results for the second round at Donington Park, leaving the circuit as championship leader by seven points over Lewis Plato.

“It’s a very exciting opportunity for me and the team to be able to make a guest entry into the Porsche Mobil 1 Supercup at Silverstone.” said Harper. “Having watched the British Grand Prix my whole life, to race as part of the F1 weekend is going to be an awesome experience.

“This is a going to be a great learning experience for me, putting myself up against the best one-make Porsche drivers in the world. The competition is going to be incredibly tough, but I’m hoping I can go out there and prove I can compete with the best.

“I’m going to be working incredibly hard between now and then to make sure I’m in a position to maximise this chance to showcase my talent to a wider audience. Hopefully if I can do well and prove myself in the Supercup paddock, it might open doors as I look to progress in my career.”

George Gamble is currently third in the Carrera Cup GB championship with one win and a second place finish to his name, plus two fourth place finishes.

Amigos teammate Seb Perez took third and fourth places in the opening race weekend of the season before hitting trouble at Donington Park when he was squeezed off track at the high speed Craner Curves, ending his race in the barrier. The second race at Donington saw his finish in sixth place after the team worked hard to rebuild the car.

Olympic gold medalist Sir Chris Hoy continues his adventures in motor sport after racing in the FIA World Rallycross Championship earlier this year and joining the British GT grid for two races. The Brit will take part in the race as a guest of Porsche in the #911 VIP car.

After retiring from cycling, the six time Olympic Gold medalist turned his attention to motor sport, taking part in the Radical Sportscars SR1 Cup before joining the British GT grid with the Nissan GT Academy Team RJN. In 2015 he won the 2015 European Le Mans Series LMP3 class with Team LNT and finished seventeenth overall in the 2016 24 hours of Le Mans.

Last year saw TV presenter Chris Harris take on the challenge of the the VIP car over the grand prix weekend, qualifying in twenty-eighth place out of thirty-two drivers. during the race he managed to fight his way up to twenty-fourth by the end of the race against the season regular drivers.