After his trials and tribulations at COTA last time out, Marc Marquez enjoyed a faultless, truly dominant Sunday at the Gran Premio Red Bull de España. He took the lead after an exceptional launch off the line and never looked back.

The podium as an all Spanish affair with Alex Rins and Maverick Viñales taking second and third respectively. Vinales stated, in the post-race press conference, that “to be on the podium feels like a victory”.

Marquez’s flying start demoted both Petronas Yamaha’s who, despite starting first and second, suffered a disappointing and difficult day. The youngest pole sitter in MotoGP history was on track to secure his first podium position when a technical issue took him out of the race entirely.

Marquez wasn’t the only rider to enjoy a phenomenal start as the lights went out. Quickly rising from fourth, but equally as quickly being pushed down again, Andera Dovizioso was the first to miss out on a podium finish. His history with the Jerez circuit hasn’t been the prettiest and he leaves the track still unable to secure that elusive podium finish.

Behind Dovizioso were a further three Italian riders, with Danilo Petrucci, Valentino Rossi and Fanco Morbidelli finishing in fifth, sixth and seventh respectively. Rossi enjoyed a fantastic recovery after he failed to make it into Q2 and had to start the race back in thirteenth.

However, Morbidelli had a far more difficult race. He started second, spent much of the first half of the race in second, but soon dropped back to his final position of seventh.

Rounding out the top ten was Brit rider, Cal Crutchlow, who suffered a huge crash during practice. He finished in eighth, just ahead of Takaaki Nakagami and Stefan Bradl. Aleix Espargaro crossed the line in eleventh, but he was involved in a controversial moment that left Jack Miller in the gravel and out of the race with just three laps to go. 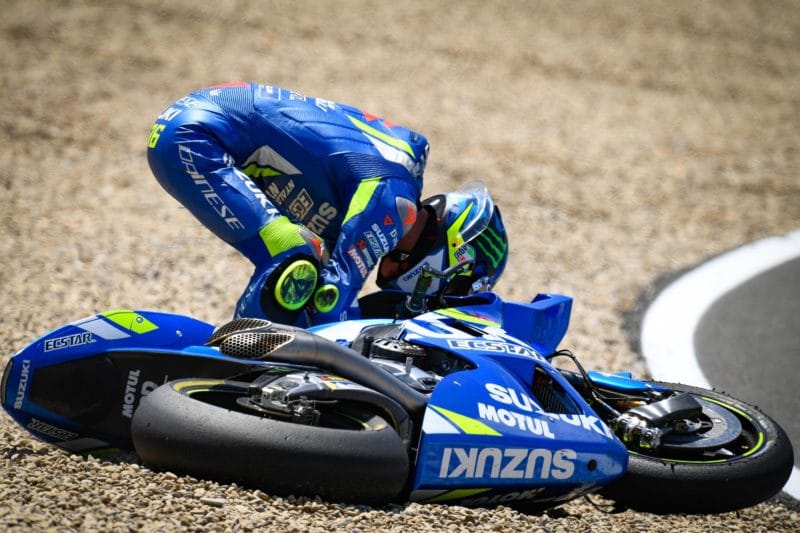 As well as Miller and Quartararo, Joan Mir and Francesco Bagnaia also failed to meet the chequered flag as they each had their own incidents and hit the gravel.

After a promising day on Friday, Jorge Lorenzo failed to get his rhythm back at Jerez and finished the race way back in twelfth. He crossed the line just ahead of last years podium finisher, Johann Zarco in fourteenth and Pol Espargaro in thirteenth.

After his brilliant win this weekend, Marc Marquez finds himself at the top of the championship standings. He sits only one point ahead of our winner from COTA, Alex Rins.

Before this weekend, Andrea Dovizioso was our leader but he is now down in third after failing to secure a podium finish this weekend.

Behind him sits nine-time world champion, Valentino Rossi and is Italian counterpart, Danilo Petrucci, in fourth and fifth.