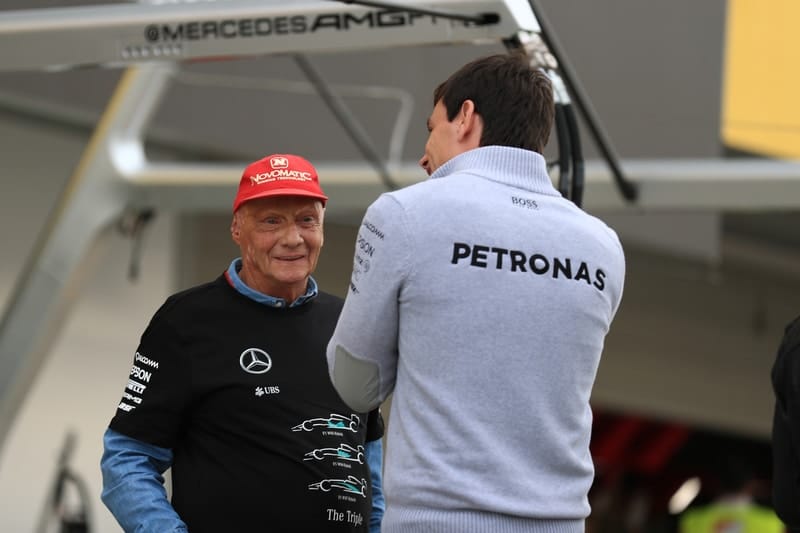 Niki Lauda, the three-time Formula 1 World Champion, has passed away at age 70. The Austrian has battled with major health issues for months now.

Lauda was the non-executive chairman of the Mercedes F1 team since 2012. He was a constant presence in the Mercedes garage as he worked in close association with Toto Wolff, Team Principal and CEO of the team.

The two men were inseparable in the Formula 1 paddock as they managed the dominant and successful Mercedes team with panache. Lauda travelled to all the races with the Mercedes team and worked closely with Lewis Hamilton and Nico Rosberg before his retirement in 2016.

In the middle of last season, it was reported that Lauda was seriously ill and had been hospitalized in Austria. In August, he underwent a lung transplant and was recovering well.

Even as the Formula 1 world was looking forward to Lauda’s return to the paddock this season, it was reported in recent days that he had again been hospitalized. The family announced that the legendary Lauda had passed away at age 70 on Monday (May 20 2019).

“With deep sadness, we announce that our beloved Niki has peacefully passed away with his family on Monday,” his family said in a statement.

“His unique achievements as an athlete and entrepreneur are and will remain unforgettable, his tireless zest for action, his straightforwardness and his courage remain.

“A role model and a benchmark for all of us, he was a loving and caring husband, father and grandfather away from the public, and he will be missed.”

Lauda was always known for speaking his mind and his salty personality. Lauda’s words were treated with the utmost respect at all times.

Lauda’s illustrious career spanned several decades and yielded three Formula 1 World Drivers’ Championships (1975, 1977, 1984). The first two championships were won with the Scuderia Ferrari team. The third championship was won with McLaren after Lauda made a comeback after retiring in 1979.

Lauda was known as much for the title he did not win in 1976 as his three titles. Lauda was locked in a fierce fight for the title with James Hunt of McLaren that season. A fiery crash at the German Grand Prix at Nurburgring saw Lauda hospitalized with severe burns.

The Austrian slipped into a coma in the hospital. But just six weeks later, after missing only two races, Lauda was back in action at the Italian Grand Prix. Hunt eventually won the championship at the last race in Japan by just one-point.

The whole season and the battle between the two titans, Lauda and Hunt, was immortalized in the 2013 movie “Rush”. Lauda bore the scars of the accident for the rest of his life.

After his second retirement in 1985, the Austrian was known as a successful entrepreneur who built such businesses as “Lauda Air”. Lauda returned to Formula 1 in various management roles, before settling down with the Mercedes team in 2012.

The drivers and teams are assembling for the sixth race of the season at the Monaco Grand Prix. A pall of gloom has descended for a second time on the Formula 1 paddock this season.

The season started with the untimely demise of Formula 1 Race Director Charlie Whiting before the season-opener in Australia.

The Formula 1 world and especially the Mercedes team will miss Niki Lauda, a legendary figure, who embodied the fighting spirit of the sport.