The track remained dry throughout qualifying, meaning that it was pretty much business as usual for the LMP and GTE cars. Kobayashi got the advantage on fellow patriot Kazuki Nakajima in the first runs, going half a second up on the sister car. However, it was Conway’s decent 1:53.683, two tenths faster than his co-pilot, that secured them pole position for the penultimate round of the WEC Superseason.

Although the Toyota’s seemed in a class of their own, the third placed #17 SMP Racing machine was only half a second off the second-placed Toyota, and under a second off the pole sitter. The pace has been looking much closer between Toyota and the SMP team this weekend, and we can only hope it’s got Toyota slightly worried ahead of tomorrow’s race.

Rebellion Racing turned up the heat for qualifying, and were able to split the two SMP cars with the #3 in the hands of Gustavo Menezes and Thomas Laurent. But there was still a sizeable gap between them and the podium positions. The second Rebellion lined up fifth, with the fastest LMP2 car due to share the third row.

Jean-Eric Vergne and Job van Uitert claimed honours in the LMP2 category. van Uitert had been fourth in the standings before Vergne took over the wheel and posted the fastest LMP2 lap of the session, promoting them to pole position. Six tenths split them from second placed Jackie Chan DC Racing #38.

The two Jackie Chan cars line up second and third in LMP2, with the #38’s championship rival – #36 Signatech Alpine – having to settle for fifth in class. Just the #37 and the #31 DragonSpeed split the two championship contenders, and it’s certain the Signatech team will be looking to make up those positions as quickly as possible in tomorrow’s race. 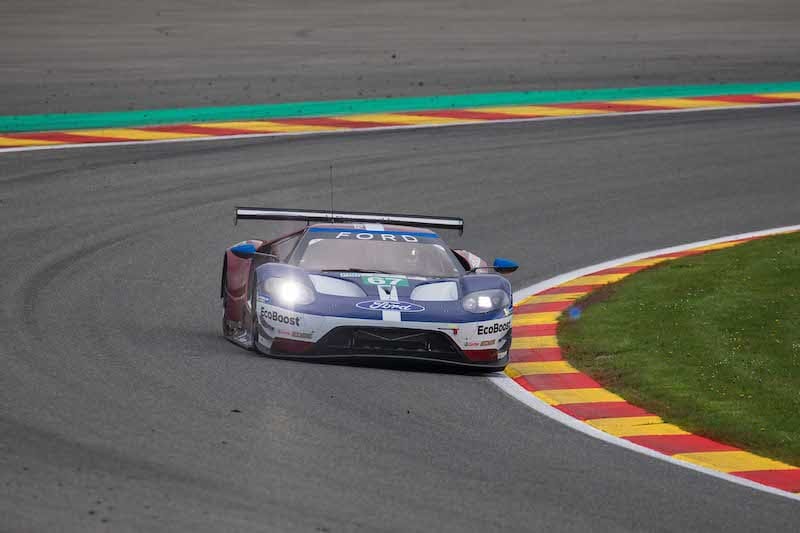 It was a tight fight in GTE Pro, with the #97 Aston Martin Racing of Alex Lynn and Maxime Martin looking set to take pole position. But in the closing moments, Andy Priaulx returned to the track to improve on his earlier time.

The British driver had set a time fast enough for fourth on tomorrow’s grid, but after Harry Tincknell‘s lap time promoted them to second, Priaulx knew there was more to play for. With a fresh set of tyres, Priaulx returned to the track, finding seven tenths over the lap and stealing pole position in class just as the chequered flag dropped. They managed to get ahead of the Aston Martin by just 0.06 seconds.

The top three was rounded off by Antonio Felix da Costa and Augusto Farfus in the #82 BMW Team MTEK, also under a tenth of a second off the pole sitters. The duo have been looking rapid throughout the practice sessions and will certainly be ones to watch during tomorrow’s race.

TF Sport drivers Charlie Eastwood and Salih Yoluc took their maiden pole position in GTE Am ahead of the #88 Dempsey-Proton Racing and class championship Team Project 1.