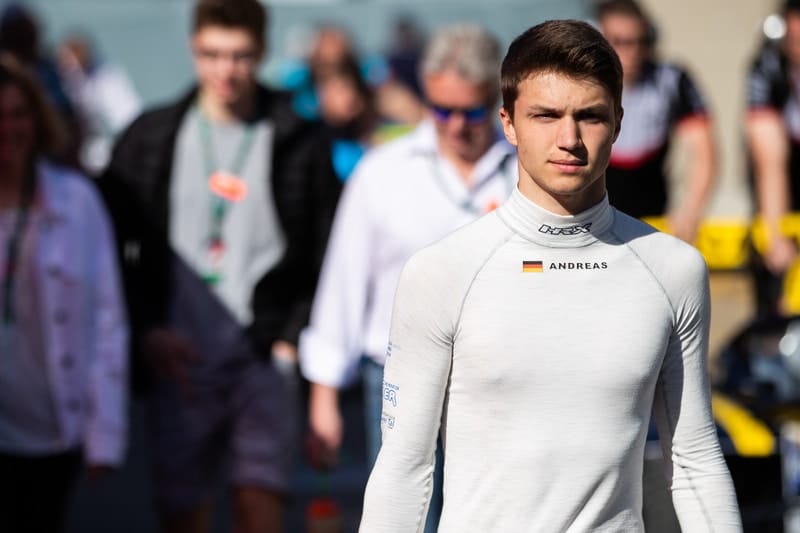 FIA Formula 3 racer Andreas Estner will compete with Lanan Racing in the 2019 BRDC British Formula 3 Championship in the upcoming rounds at Silverstone GP Circuit this weekend and then at Spa Francorchamps on 21-22 July.

The eighteen year old German who competes for Jenzer Motorsport in the 2019 FIA Formula 3 Championship will be using his visits to Silverstone and Spa in British F3 to gain vital mileage and experience ahead of the FIA F3 rounds at the British and Belgian circuits later this year.

He will join Josh Mason at Lanan Racing for the upcoming races and speaking ahead of his BRDC British F3 debut this weekend at Silverstone.

“I’m racing at Silverstone and Spa because I want to get as much experience of the tracks as I can before I race there in FIA F3.

“However I only wanted to learn the tracks in a competitive environment, and BRDC British F3 is the ideal championship for me to do that, because just a few tenths can be the difference between the back of the grid and the podium.

I think I will learn a lot with Lanan Racing, they have a great track record with drivers like George Russell, and I can’t wait to get started.”

Estner has enjoyed a productive career and has seen himself quickly move up the single-seater ladder since graduating from karting back in 2016.

From there, he took part in the ADAC Formula 4 Championship, which he competed in for two additional seasons. At the same time, he also took part in occasional outings in the Formula Renault 2.0 NEC and Italian Formula 4 series.

Then he began 2019 with a strong showing in the MRF Challenge, where he won three races and claimed six podiums to finish fourth overall, before moving up to the all-new FIA Formula 3 Championship with Jenzer Motorsport with the first round held at Circuit de Barcelona-Catalunya on 11-12 May.

With such a great track record in single-seater racing up until now, Lanan Racing are delighted to welcome their latest recruit for the next two races.

“He was looking for extra track mileage at the two circuits and felt that racing in a series as competitive as British F3 with us would be of benefit for his main campaign.

“He’s a very capable driver, and we hope to be up towards the sharp end with him at the two rounds, while his extra experience has the added benefit of helping with our efforts with Josh Mason too, who continues to make good progress in his second season.”