Breen and Nagle to Make One Off Hyundai WRC Appearance 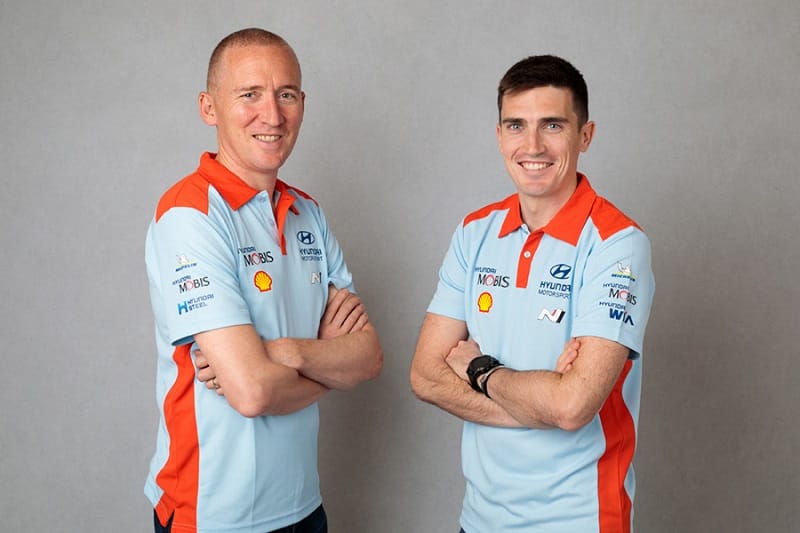 Both have been out of the WRC since the end of last season and in 2019 have been competing in the Irish Tarmac Championship as well as entering several European events including this weekend’s Ypres Rally in a Volkswagen Polo R5.

Breen will drive the third i20 Coupe alongside Thierry Neuville and Andreas Mikkelsen, with both Dani Sordo and Sebastien Loeb missing out on Rally Finland as a result and him and Nagle will also enter the upcoming Rally Estonia as preparation for the event.

Breen said on the one-off appearance: “I am chuffed to be given this chance. It’s been a long and patient wait, having to watch everyone else drive this year. I am honoured to have this one-off opportunity with Paul as my co-driver.”

“Finland is the rally I’ve done most in the WRC so I hope I can bring something to the team. I am getting plenty of seat time before Finland. It will remain a challenge but one I am ready to grasp with both hands. I’ll be competing with the #42, a number I’ve raced with since my first year in karting in 1998, and that has always been very lucky. Let’s hope it remains that way!”

While Andrea Adamo, Hyundai Motorsport Team Director added: “Rally Finland is a very particular type of event that warrants an approach like no other on the calendar. It’s a huge challenge for teams and crews alike. Craig has demonstrated his class at this event in the past and has a lot of experience, which will be invaluable to us.”

The pair originally worked together until midway through the 2013 season, with Nagle then going on to work with Kris Meeke before the now Toyota GAZOO Racing driver chose to work with Seb Marshall for his return to the WRC at the beginning of 2019.