Pierre Gasly on Eighth Place Finish: “We expected to be stronger than this” 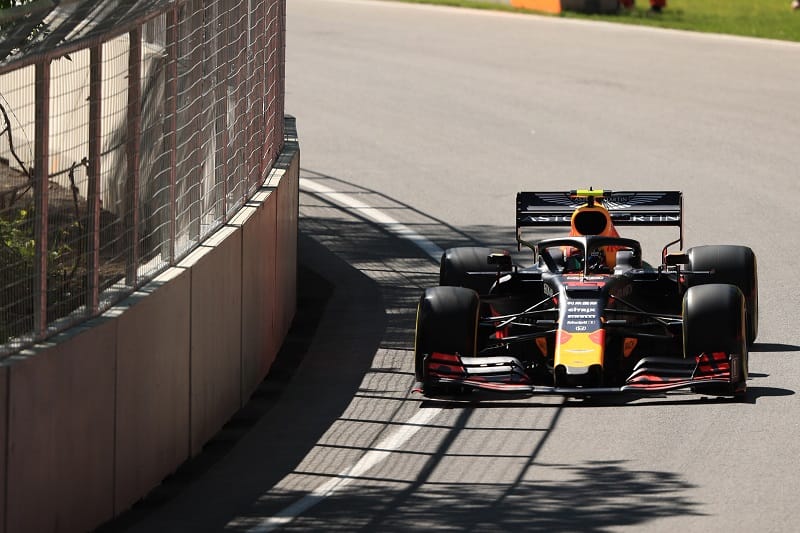 Pierre Gasly admitted eighth place was not the result he was expecting or hoping for in the Canadian Grand Prix on Sunday, with the Frenchman particularly struggling in traffic.

Whereas Red Bull Racing team-mate Max Verstappen was able to use the hard Pirelli tyre at the start to give him the chance to finish fifth from ninth on the grid, Gasly was committed to using the soft tyre at the start, and he lost ground battling with the two Renault F1 Team drivers and against Lance Stroll, who he struggled to pass despite being on much fresher tyres after his pit stop.

Gasly fell in behind Renault’s Daniel Ricciardo at the start, but the time lost behind Racing Point F1 Team’s Stroll cost him another place to the second Renault of Nico Hülkenberg when the German made his own pit stop, and ultimately, both Renault drivers stayed ahead of him until the chequered flag, while team-mate Verstappen finished ahead of them all in fifth.

Gasly is hoping to put the disappointment of the result at the Circuit Gilles Villeneuve behind him quickly, with the Frenchman knowing that work needs to be done to analyse just what went wrong in order to be stronger for his home Grand Prix at the Circuit Paul Ricard in two weeks time.

“It was a pretty difficult day but the car actually felt quite good so it is disappointing to finish where we did,” admitted Gasly.  “We expected to be stronger than this.

“We struggled with traffic and had to save the brakes, which compromised us a bit, and I of course wanted to finish better than this. We need to analyse everything and see what we can improve but I also need to work hard before the next race.

“I hope we can find more pace and come back stronger for my home race.”