Wolff on Hamilton’s French Victory: “it was a truly faultless performance by him” 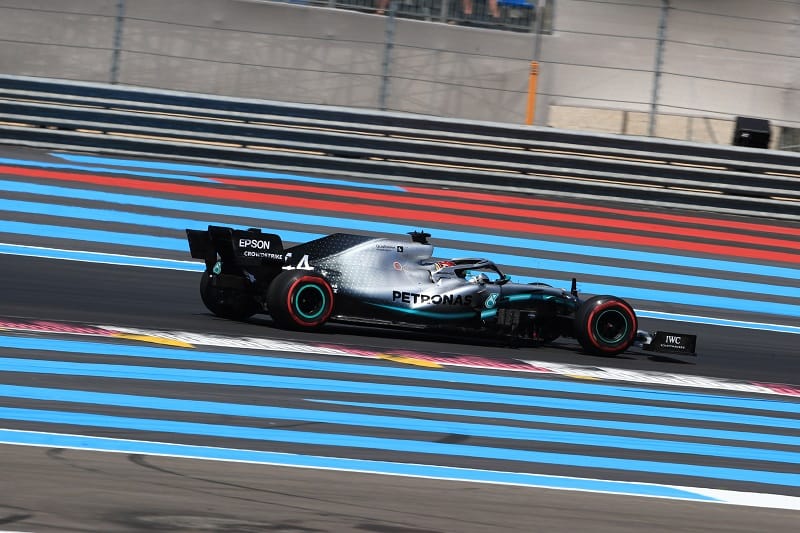 Toto Wolff said the combined performance of Lewis Hamilton and the Mercedes AMG Motorsport team during Sunday’s French Grand Prix was one of the best of the year to date, with the Briton winning his sixth race in eight starts in 2019.

Hamilton led every lap at the Circuit Paul Ricard having started from pole position, winning the race by a margin of more than eighteen seconds over team-mate Valtteri Bottas, who ensured Mercedes claimed a sixth one-two finish of the year despite late pressure from Scuderia Ferrari’s Charles Leclerc.  The result also gave Mercedes their fiftieth one-two finish in Formula 1.

“In terms of car and driver performance today, that was one of our best of the season,” said Wolff, the head of Mercedes-Benz Motorsport.  “Lewis drove a really good race, he was in complete control at the front and it was a truly faultless performance by him.

“Valtteri struggled a little in the second stint and he lost a chunk of time under the VSC towards the end, so Charles could get very close in the end.”

Wolff was pleased with the result after feeling it has been a ‘tough’ few weeks leading up to the race, but attention is already on the Austrian Grand Prix this coming weekend, with all eyes on a ninth consecutive race victory to start the year.

“I am really pleased for the team this weekend, it’s been a tough few weeks with a lot of long days, but we are relentless and will continue to push,” added the Austrian.  “To score another 1-2 finish is an incredible result and a credit to all the hard work and effort of this team.

“Now, we look to Austria, which is coming home for me. It’s a power track there and we have been a bit marginal on cooling. It’s meant to be very warm there, so we expect this to be a much harder fight.”

By Nick Golding
3 Mins read
Redemption for Verstappen who masters the treacherous conditions at Imola, whereas the pressure builds on teammate Pérez.
Formula 1

By Fergus Mckie
2 Mins read
AlphaTauri have announced their future steps for their sustainability program and what has already taken place on this program.