First Point “A Big Weight Off My Shoulders” – Giovinazzi 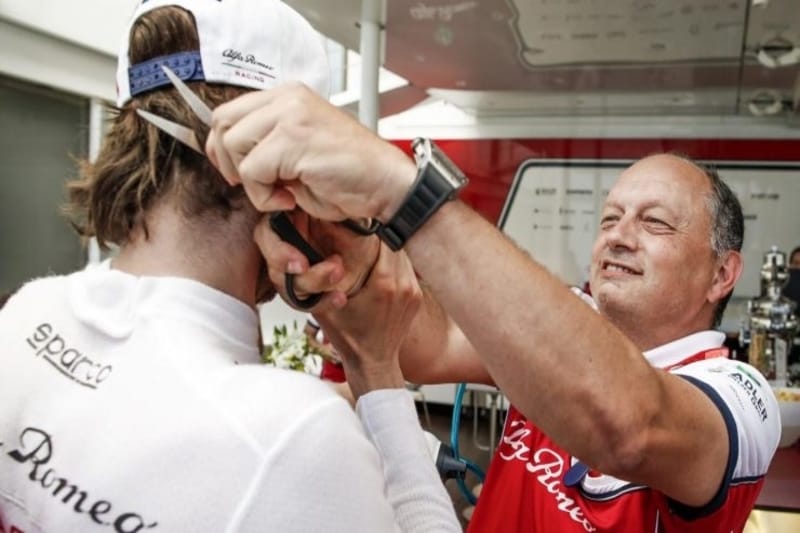 Antonio Giovinazzi says “a big weight” has been lifted after scoring his first championship point in the 2019 Austrian Grand Prix, the first for an Italian in Formula 1 for almost ten years.

Giovinazzi was one of just three drivers yet to score in 2019 heading to Austria along with both Williams Racing drivers George Russell and Robert Kubica. The Italian joined the rest of the field on the scoreboard however, with a superb run to tenth place in Austria.

Giovinazzi qualified eighth, just one place behind Alfa Romeo Racing team-mate Kimi Räikkönen, and was promoted to a career-best seventh on the grid following a penalty for Kevin Magnussen.

The Italian ran inside the top ten for much of the race, despite huge pressure from Sergio Pérez, eventually claiming the final point, the first for an Italian in Formula 1 since Jarno Trulli in the 2009 Abu Dhabi Grand Prix.

“I’m so happy to score my first point,” says Giovinazzi. “It’s a great feeling and it’s a big weight off my shoulders. I think this is the maximum we could have done today so I’m really pleased to have two cars in the top ten.

“We had a really positive qualifying yesterday, but today’s race was very difficult. Perez was right behind me for most of the afternoon and the pressure was heavy, but I really wanted this point.

“I feel a lot of our work has been rewarded today, but we have to continue moving forward. Since France we have done a step in the right direction and we have to keep it up.”

While Giovinazzi was pleased to have finally scored a championship point, he was less pleased to have lost a bet with team principal Frédéric Vasseur who took great delight in cutting off a lock of Giovinazzi’s long hair after the race.

Giovinazzi stays in eighteenth in the drivers’ standings but is now just one point behind Romain Grosjean and twenty points behind his vastly more experienced team-mate Räikkönen.