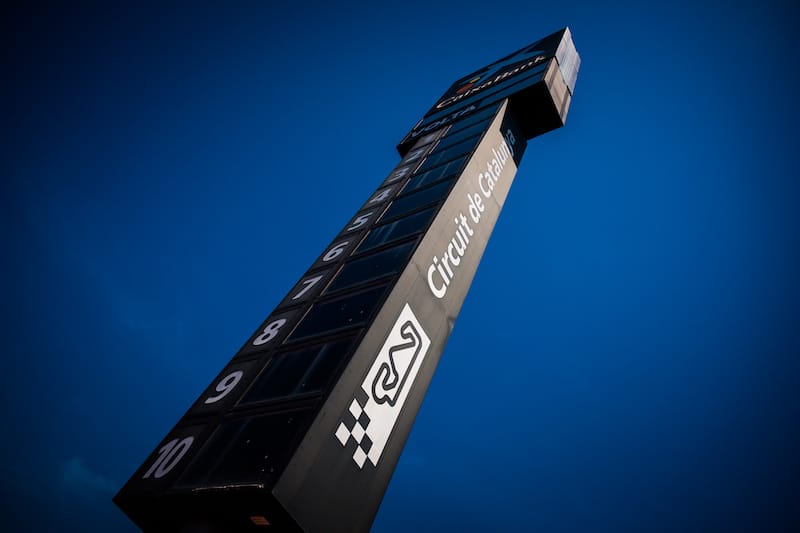 The FIA World Endurance Championship circus heads to the Circuit de Barcelona-Catalunya for the first time in its eight-year history this week for the 2019/20 season’s Prologue. 30 cars will take to the track to get the first official mileage on the cars ahead of the season opener at Silverstone in September.

Rebellion Racing bring two cars to the test in Spain, and still have not written off entering them both for the opening round, even though they only have one on the provisional entry list. Felipe Nasr will get behind the wheel of one of the Rebellion R13/Gibsons, along with Norman Nato and team veterans Bruno Senna, Gustavo Menezes and Nathanael Berthon. The team have still not confirmed their line-up(s) for the season, and are expected to do so after the Prologue.

Another team to still not have announced their season line-ups are Ginetta with Team LNT. Alike the Swiss team, LNT will run a series of prospect drivers in their cars ahead of making a decision on their line-ups before the British event in a couple of months. Charlie Robertson will lead the fray with Mathias Beche, ex-SMP Racing LMP1 driver Egor Orudzhev and Stephane Richelmi will be in charge of the #5 entry, whilst the sister #6 car will be in the hands of Mike Simpson, Luca Ghiotto, Stephane Sarrazin and Guy Smith.

Toyota Gazoo Racing are the only LMP1 team who have confirmed their full season line-ups. The Japanese team has been handed a weight increase ahead of the event, seeing them run 14kg heavier than they did in the 2018/19 season.

With just three manufacturers in GTE Pro, all eyes will be on Ferrari, Aston Martin and Porsche this season to see if they can provide the wheel-to-wheel action that filled the class in the Super Season. Aston Martin Racing have elected to run just one Pro car and one Am car at the Prologue, with Alex Lynn, Maxime Martin, Marco Sorensen and Nicki Thiim sharing duties behind the wheel over the two-day test. They will still field two Pro cars for the full WEC season.

Things aren’t looking good for Sam Bird and his hopes to return to the WEC grid this season, as he will not appear in the AF Corse with last year’s teammate Davide Rigon this week. The Formula-E clashes that are still under review are holding Ferrari back from signing the Brit for a full season seat. With Bird expressing a strong interest in Formula-E for next season the Italian team may be looking to Miguel Molina to take on the season with Rigon. An official decision has not yet been made.

With their new evolution of the 911 RSR, Porsche GT Team see a weight increase ahead of the new championship. Their fresh Balance of Performance, which comes as a result of the automated system not having three races worth of data from the new car, sees an increase of 15kg from their race weight at the 2019 6 Hours of Spa-Francorchamps. It is expected that the BoP may not balance out for Porsche until the fourth round of the championship, due to the automated system (the same delays that Aston Martin and BMW suffered last season).

As the only class with a full grid and all 24 drivers confirmed in their season, the LMP2 grid looks very similar to that of the provisional entry list for the 4 Hours of Silverstone.

The 11 full season Am cars will take to the track over the next few days. With some line-ups still unconfirmed, this becomes a great chance for provisional drivers to show what they can do.

Currnetly, the Paul Dalla Lana-backed Aston Martin has five drivers listed as part of the Prologue, including Mathias Lauda and Aston Martin reserve and test driver Ross Gunn. Darren Turner is also seen on the entry list, with Matthieu Vaxiviere taking the fifth spot and Pedro Lamy being added as a late sixth, making it the car with the most drivers at the Prologue.

By Alice Holloway
1 Mins read
Announcing their seven drivers, one team, Peugeot has revealed which drivers will be part of their Hypercar program.
FeaturesFormula 1

By Fergus Mckie
3 Mins read
Despite not scoring points this season, there was a clear step-up in terms of the speed of the car for Williams, with George Russell regularly contesting for a spot in Qualifying 2.