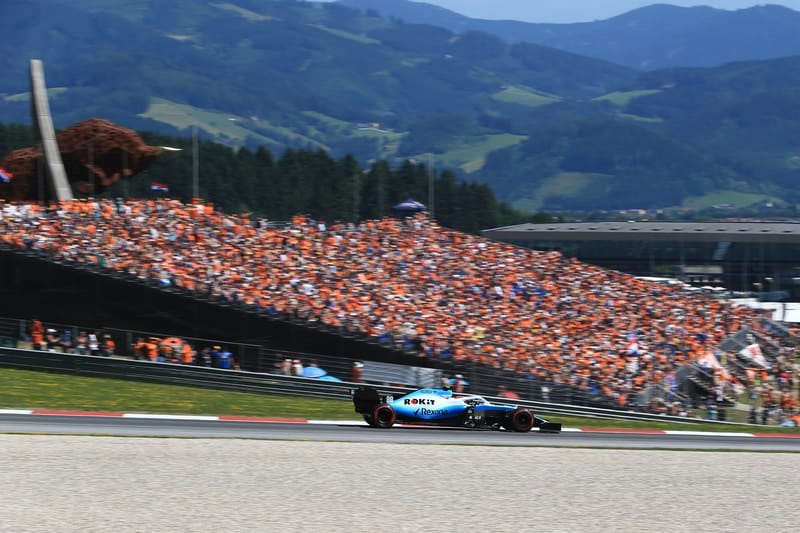 Williams Racing‘s Robert Kubica has said that the team lacked pace in Austria at the Red Bull Ring, following a dire race for the team. It saw Kubica finish in twentieth, while his team-mate, the rookie driver George Russell, finished in eighteenth.

Many of the drivers on the grid complained of the difficulties caused as a result of the high temperatures, with many of them wishing for upgrades ahead of the next outing of the season: the British Grand Prix at Silverstone in two weeks time.

Kubica managed to make up a few places at the beginning of the race, but lost them soon after due to the lack of grip caused by the heat.

It was a difficult race. The pace was not there. I gained a few positions on the opening lap, but then the handling was very bad.

The Pole added that in the heat, there was a much higher risk of the tyres being subjected to blistering, so he had no choice but to slow down to cool the tyres.

“I tried to defend but it was so difficult to keep the cars behind. I am lacking overall grip and in these conditions when it is hot, when there is a lot of overheating and the tyres are suffering a lot, I am just sliding even more.” he said.

Following the race Kubica was awarded the driver of the day award, only for it later to be taken away from him due to a ‘technical glitch’.