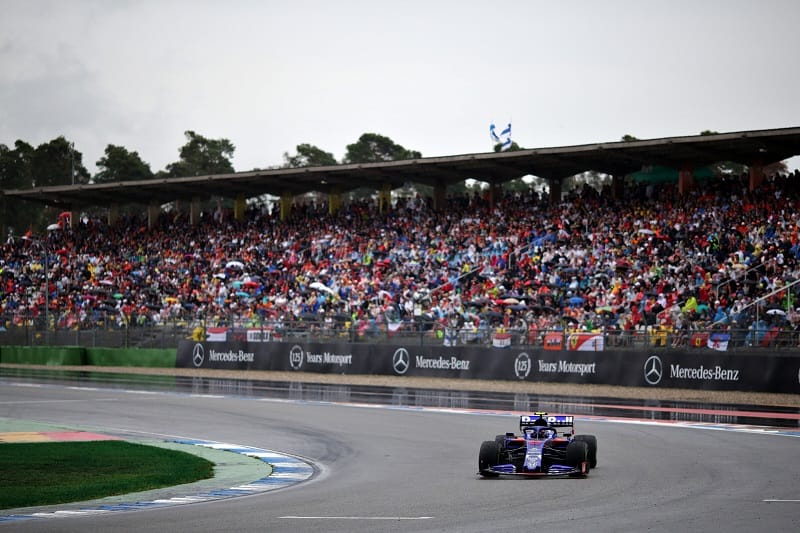 After talks with Nico Hülkenberg ahead of the Hungarian Grand Prix, FIA Race Director Michael Masi says they would look again at the drag strip run-off at the Hockenheimring, should Formula 1 make a return to the circuit.

The run-off was heavily criticised by drivers post-race after the drag strip held water upon its surface, with both Scuderia Ferrari’s Charles Leclerc and Renault F1 Team’s Hülkenberg ending their races as a result of crashing into the barriers having been unable to slow sufficiently in what should have been relatively minor excursions off the race track.

Hülkenberg and Masi had private talks ahead of the following race at the Hungaroring, and after careful deliberation, should Formula 1 return to Germany in the future – it currently looks set to drop off the schedule in 2020 –the FIA will look at the run-off and see if there is anything they could do to avoid any kind of repeat should rain again play a part in proceedings.

“Having spoken to Nico, and I will keep the contents of that discussion between the two of us, but it is something that we would consider at the time if we were to go back to Hockenheim,” Masi is quoted as saying by Motorsport.com. “We would have a look and see if there are other things we can do.

“That is probably the simplest form at that point. It is one of those that is like a kerb. To a degree in some areas, you stay off it, but when it is wet as well I understand.  Nico and I had a discussion and it was a very productive discussion. But it was a one on one chat for a reason.”

Masi acknowledges that there will always be a fine line between what is deemed reasonable and what could be classed as dangerous when it comes to off-track deterrents, but he insists Formula 1 will continue to evolve and seek solutions that will suit individual circumstances.

“I don’t think there is a one size fits all. It is where we are at the moment and we will continue to evolve as best as we can.”