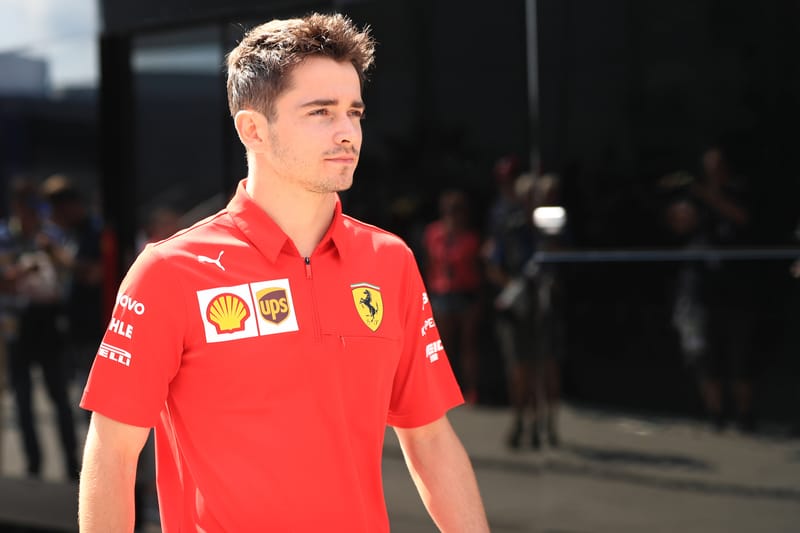 Scuderia Ferrari driver Charles Leclerc has said that he is prepared to change his driving style to reduce his tyre wear, realising his team-mate Sebastian Vettel is doing something differently.

Last time out at the Hungarian Grand Prix, Leclerc suffered increased tyre wear compared to Vettel, dropping off the pace by the team he reached the end of a stint.

The 21-year-old Monégasque driver was running in third place for the majority of the race until the German passed him, claiming the final podium position, leaving Leclerc no choice but to settle for fourth.

“It was a difficult one in general obviously. I was struggling quite a lot of with my rear tyres, from mid-race onwards. It was tyres going off.”

Leclerc added that the difference is most notable during longer race runs.

Although he believes his driving style is to blame, Leclerc said he will also review his car setup.

“I think I need to understand something on my side. I’ve been struggling more, and have more tyre degradation compared to Seb, and I believe it’s also coming from driving. Maybe I’m driving a bit too aggressively now in races, so I need to understand and analyse and try to improve for the next races,” he said.

He continued: “I’m pretty sure that Seb is doing something better than me there, so I need to understand and improve that. I was lacking pace at the end of the first stint and the end of the second stint.

“That’s a few races where I’m quite quick qualifying, but towards the end of the race I seem to struggle a bit more.”

Leclerc said that he wants to learn what he changes about his driving style, and also car set-up, and albeit being sorely disappointed by the result, is sure he can learn from it.

“I need to understand what I can do with my driving style to help that, or with the car balance to have a little bit of a compromise between the two because at the end it’s the race when you score points. Today it’s a shame, but I’m pretty sure I will learn from it.”