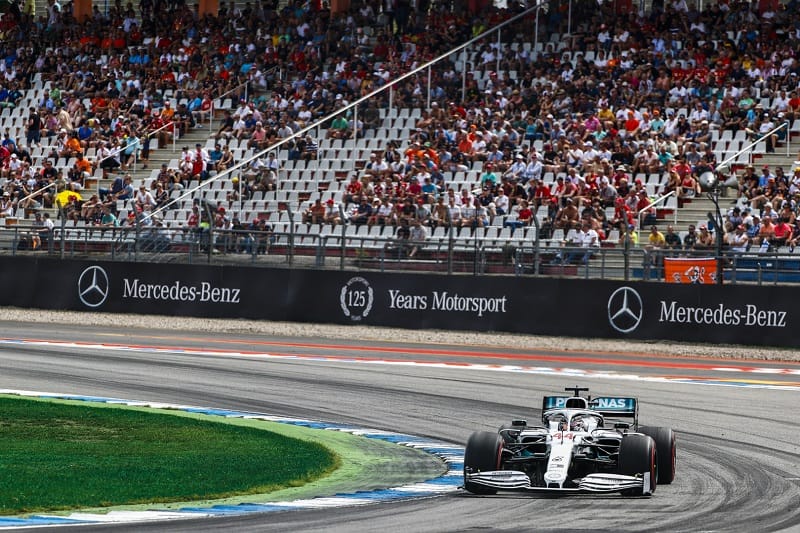 With news that the 2020 Formula 1 calendar is set to be finalised over the next few weeks, Toto Wolff says that the Mercedes AMG Motorsport team will not intervene in trying to keep the German Grand Prix on the schedule, unlike what they did in 2019.

The 2020 season is set to be Formula 1’s longest ever at twenty-two races following the addition of the Vietnam and Dutch Grand Prix, plus the contract extensions for the British, Spanish and Mexican events, meaning the only race on the current schedule missing next year will be the one at the Hockenheimring.

Mercedes helped keep the race in Germany in 2019, with boss Wolff revealing it was only a spontaneous discussion with Chase Carey and Sean Bratches of Liberty Media that opened the door in the German manufacturer giving their backing to the event.

However, Wolff insists this will not happen again and the Hockenheimring looks set to be the only omission from the 2020 calendar when it gets announced, with the Austrian admitting it is up to Carey and those deciding the schedule just where races get held.

“Last year’s deal came up pretty spontaneously,” Wolff is quoted as saying by Motorsport.com. “We had a meeting on Sunday morning with Chase and Sean, and they said would you be able to help us bridging the gap?

“And in half an hour we bartered out a deal in order to make the German GP happen. But this is not something which we are in a position to continue.

“Also because I believe that we shouldn’t really be interfering in the business of Liberty and F1 – it is up to them to decide which tracks are on or off.”

“I believe it’s really encouraging that there is lots of interest in hosting a race.  Liberty has the great problem of having more demand than supply, and that is good, and also good for the teams, because fundamentally we share a large part of the prize fund.

“And this is where I would like to leave it, because it’s Chase’s and his team’s call to decide where we go.  For us the German GP is important, because Daimler is a German company, and there are lots of family and friends in Germany, but we can’t interfere in their business.

“We can encourage them to look at the German GP, but it’s Chase’s call to decide where we go.”

By Findlay Grant
2 Mins read
McLaren F1 Team showed some solid pace in qualifying for the Russian Grand Prix with both drivers starting in the top ten.
Formula 1

Sergio Perez: "We were able to qualify ahead of our nearest rivals"

By Jasmine Butler
2 Mins read
It was a mixed day for the Bit Racing Point Formula One Team.
Formula 1

Daniel Ricciardo: "We can definitely race tomorrow so it should be fun"