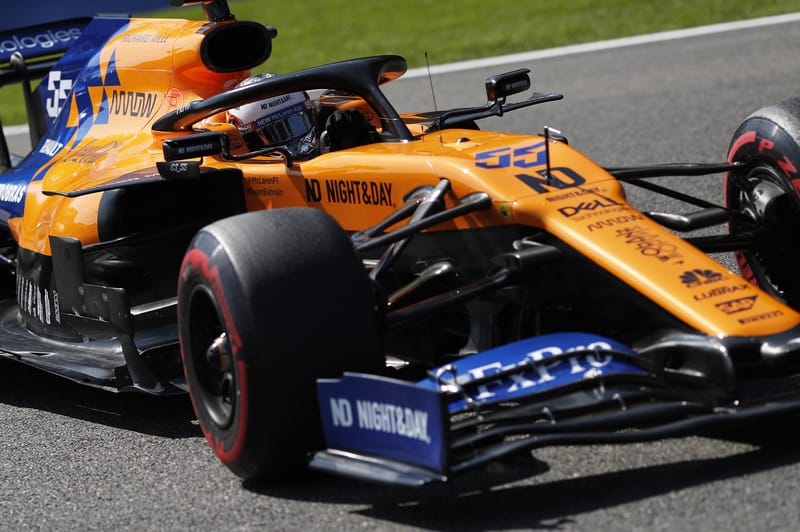 Carlos Sainz Jr. has reflected on a “disappointing” 2019 Belgian Grand Prix in which the Spaniard never really got going, while his team-mate Lando Norris suffered a last-lap retirement.

A grid penalty saw Sainz start the race from fifteenth but he ran into issues with his customer Renault engine on the formation lap before trundling around the first lap and retiring within feet of the pit-lane.

It’s Sainz’s second race retirement of the year and comes on the back of a five race points-scoring run. His team-mate Lando Norris looked set to finish a career-best fifth and gain a haul of points in Sainz’s absence but he too suffered a failure on the final lap. The nature of the failures are yet to be confirmed by either Renault or the McLaren F1 Team.

“Obviously a disappointing grand prix, not being able to race,” said Sainz. “We definitely need to look into what happened today. It’s obviously not very good news if you cannot even start a race. So nothing to say.

“A shame also about Lando’s retirement on the last lap that prevented us from getting another 10 points in the championship, which would’ve been a very big step in the right direction. I’m sorry for the whole team. I don’t think we deserve these two DNFs. At least the pace of the car showed today that there was a lot more to grab than single points. We move on.”

Despite his lap one retirement, Sainz maintains seventh in the drivers’ standings while McLaren remain fourth in the constructors’ championship.

Like all drivers in Belgium, Sainz paid tribute to Anthoine Hubert following the French Formula 2 driver’s death on Saturday.

“What happened yesterday puts everything into perspective. It was the toughest reminder that motorsport is extremely dangerous and everyone needs to be aware of the inevitable risks it involves.

“Our whole community is going through a very tough and emotional moment and all my thoughts go out to Anthoine’s whole family and his friends. We will always carry his memory wherever we race. It is the best tribute we can pay to our fellow driver. Rest in peace.”

Formula 1 Writer for TheCheckeredFlag. Tried racing once, crashed lots; writing about it is much safer. Follow me on Twitter @CVennF1

Seidl confident of a strong performance from McLaren at Austrian GP