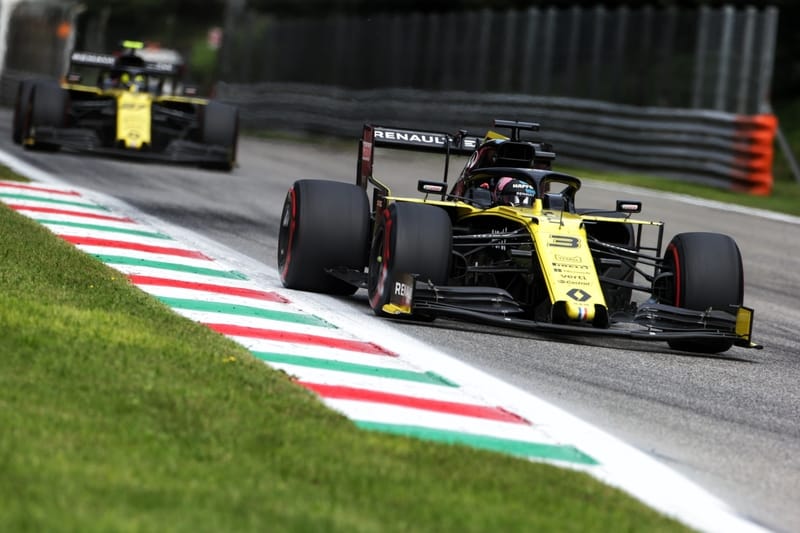 As the Renault F1 Team scored their best result since returning to Formula 1 in 2016 in the 2019 Italian Grand Prix, Daniel Ricciardo says the result is “deserved” but “long overdue.”

Ricciardo and team-mate Nico Hülkenberg locked out the third row of the grid in Monza as Renault showed vastly improved pace on the fastest circuit on the calendar.

The race started strongly for both too, as Hülkenberg launched ahead of Sebastian Vettel and Ricciardo settled into sixth, eyeing a top five finish that he had yet to achieve since joining Renault at the start of the year.

With Vettel running into his own issues, both Renault’s moved into the top five as they look to close in on customer and rival, the McLaren F1 Team, in the constructors’ title race.

Ricciardo was able to pass his team-mate on lap five before extending his lead owing to a cheap pit-stop under the virtual safety car. The Australian finished fourth, matching his best Monza result, and bettering his best result of 2019 by two places.

“We deserved that today,” said Ricciardo. “It matches my best ever result here in Monza and to do it with Renault is great.

“I saw the battles happening at the front and I thought there could be a big opportunity to score strong points.

“I’m really happy for myself and also for the team. To get the team’s best result since returning to Formula 1 in fourth and fifth at a power circuit really complements Renault and their hard work.

“The race pace was really good and it’s a nice reward for the team. The result is long overdue this year; I’m very satisfied now!”

Ricciardo’s fourth place launches him to eighth in the drivers’ standings, three points and three places ahead of Hülkenberg as Renault close in on McLaren in fourth in the constructors’ title race, the gap is now just eighteen points.