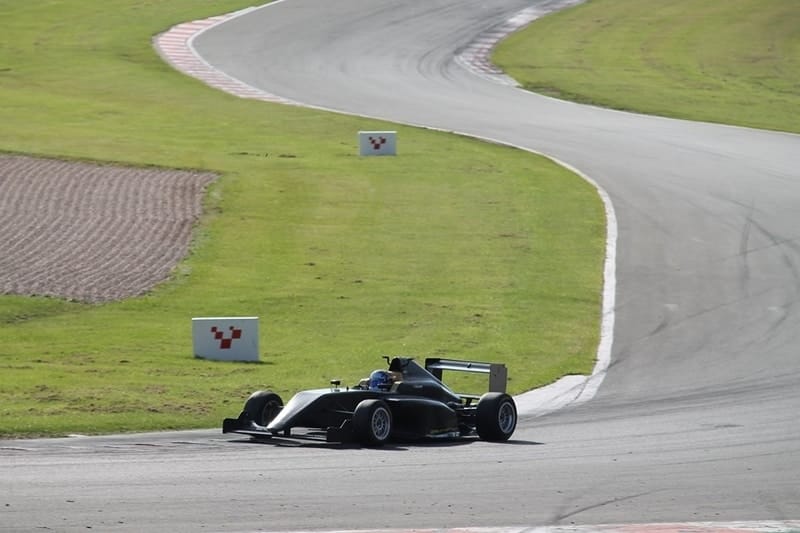 2018 Ginetta Junior Championship graduate Emily Linscott had a successful first test in a Formula 3 car at Donington Park yesterday [Thursday]. The Essex-born racer took part in her maiden test for the BRDC British Formula 3 outfit Chris Dittmann Racing as she hopes to continue her professional motorsport career after a stalled 2019 campaign.

Although, she managed to compete in selected races in the Lucas Oil Formula Car Race Series, including two victories at the NMC Motorsports Park as she continues to showcase her talents behind the wheel of a Formula 4 racing car.

The excited teenager was delighted to have the opportunity to test a F3 car at Donington Park ahead of the BRDC British F3 season finale next weekend. After the experience she said:

“It was awesome out there, the Chris Dittmann Racing team were absolutely amazing.”

“It was my first time in the F3 car, so getting used to the car was hard to begin with and I’d say the most surprising thing was how much it actually pulls on your neck. That’s definitely something I’ve got to focus on in training but being out there and learning how to drive the car has been absolutely amazing and I can’t wait to hopefully get back out in it soon!”

Despite currently lacking the neccessary budget to forge a full-time single-seater campaign this year, yesterday’s test could prove absolutely pivitol in Linscott’s future as a racing driver. She would absolutely jump at the chance to race in British F3 next season, but knows that painstaking work is needed off-track in order to make that dream a reality…

“We don’t have the budget [to race], but if I do want to race in it, it will be tough to find the sponsorship but I’m definitely not giving up on that option yet.

“My plans for the future is to race professionally in an open wheel car, a Formula car of some sort. This is definitely a step towards my future goals and it’s definitely a car I wouldn’t turn down, and I loved every second of it today.”

Chris Dittmann Racing will head to the season-finale at Donington Park with their eyes on Ayrton Simmons to see if the Epping racer can challenge Johnathan Hoggard and Clement Novalak in the fight for the title with just three races left in what has proved to be an eventful campaign.

Linscott knows that should things fall her way in the coming months, that could be her this time next year.