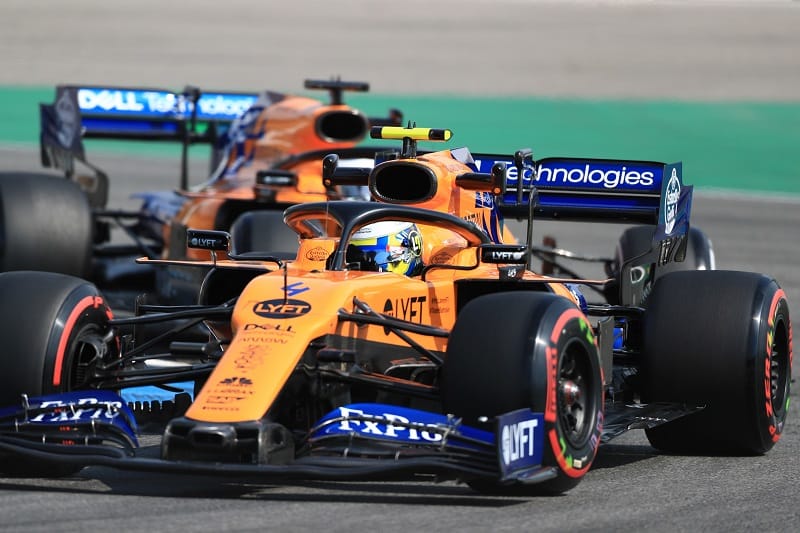 Carlos Sainz Jr. admits the Italian Grand Prix coming so soon after the tragic events of Spa-Francorchamps is a good thing, with the Spaniard looking to have a much stronger weekend at the Autodromo Nazionale Monza than he did in Belgium.

Last weekend’s race in Belgium was overshadowed by the passing of Frenchman Anthoine Hubert in the FIA Formula 2 feature race on Saturday afternoon, with Formula 1 amongst those paying tribute to the Renault Sport Academy star across the remainder of the weekend.

Sainz’s race at Spa-Francorchamps was over pretty much before it began with a technical issue, with the McLaren F1 Team racer retiring at the end of the second lap, ending his five-race points scoring run in the process.

“After a difficult weekend in Spa in all senses, I’m looking forward to heading to the next race, which fortunately is only a few days away,” said Sainz.  “We know that we have areas to work on and we are focussed on maximising our performance throughout the weekend.

“Spa was a clear example that the midfield battle is going to be tough until the end of the season so we need to keep pushing.”

Sainz says Monza is an ‘incredible’ venue to race on and he cannot wait for action to get underway on Friday morning and to give it one hundred per cent across the whole weekend in Italy.

“Monza is an incredible and historic track and the Italian fans are some of the most passionate in the world, so the atmosphere at the track is always very special,” said the Spaniard.  “I’m looking forward to getting back on track and giving it 100%.”

Team-mate Lando Norris was another to retire from the Belgian Grand Prix last weekend, but whereas Sainz retired early, it was more heart-breaking for the British driver as he retired from fifth position as he entered the final lap of the race.

Despite this disappointment, Norris admits there were plenty of positives to take away from Spa-Francorchamps, including the unexpected stronger race pace from the MCL34, something he hopes will replicate itself this weekend at Monza.

“Despite the disappointment of the last race, there were a number of positives that we could take from our performance on Sunday,” said Norris.  “We had stronger pace than expected during the race and I was on course for my career-best result.

“I’m aiming to take that performance into the next weekend and challenge for points in Monza.  It’s a track I know quite well having taken part in FP1 and Formula 2 last year and I’ve also raced there a few times before in the junior formulae.

“It’s a very quick track, the quickest of the year, which means it’s also one of the most exciting circuits on the calendar.”

McLaren Team Principal, Andreas Seidl, says there are plenty of lessons to be learned following the disappointing outcome of the race in Belgium.  It was only the fourth time in 2019 that the team failed to score points, and the first time all year that neither Sainz nor Norris saw the chequered flag.

“We head to Monza for the final European race of the calendar before heading into the final fly-aways,” said Seidl.  “There were plenty of lessons to learn from Belgium and we head there with a better understanding of the areas we need to improve.

“As ever we must continue to ensure our reliability is as strong as it possibly can be, as well as continuously working on our trackside operations.”

Seidl says McLaren must get through their programme without any issues on Friday and Saturday to set the team up for a strong weekend at what is a unique track for car set-up.

“The Monza circuit is a uniquely quick track which requires a very specific set-up in order to maximise performance,” admitted Seidl.  “We must ensure that our work on Friday and Saturday sets us up for the strongest possible race on Sunday and we get the most out of every session.”