Valtteri Bottas: “Not many opportunities” on way to third in Belgium 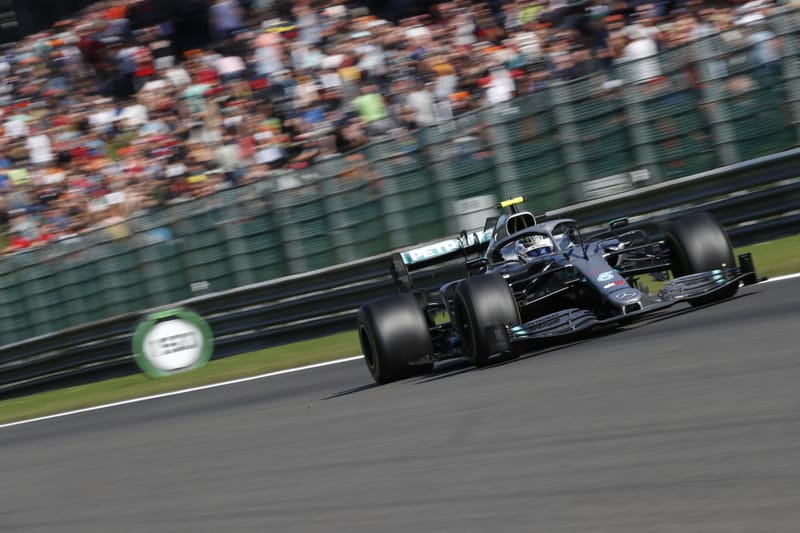 Valtteri Bottas laments a lack of opportunities in the 2019 Belgian Grand Prix as the Finn once again lost ground to his team-mate in the drivers’ standings.

Despite his team-mate Lewis Hamilton suffering a disrupted final practice session and troublesome build-up to qualifying, Bottas still failed to better him, lining up fourth behind Hamilton and a Scuderia Ferrari front-row lock-out.

During the race, Bottas trailed the top three, settling into a lonely fourth place throughout the early stages and the pit-stop phase.

When the early-stopping Sebastian Vettel fell into tyre trouble, Bottas was able to take third but would finish over twelve seconds behind race winner Charles Leclerc and second place Hamilton.

“It’s been a tough weekend for everyone after yesterday’s sad news [the death of F2 racer Anthoine Hubert]“ said Bottas. “I was trying as hard as I could out there but not many opportunities came my way.

“The race pace felt OK, but Ferrari were stronger on the straights as we expected. I was maybe lacking a bit at the end of the first stint with tyre drop off but the second stint was strong.

“However, there was no other opportunity for me to attack before the end of the race, so we decided to save the engine and the gearbox.”

It means Bottas is now sixty-five points behind Hamilton in the drivers’ standings as any hope of a maiden title appears to slip away. But Bottas now turns his attention to the next race at Monza, a circuit at which he’s finished on the podium in the two previous seasons.

“Spa has normally been a difficult track for me, but we made up a position with better strategy and I actually think this has been my best performance here. Now we look to Monza where we expect Ferrari to be quick again, but we’ll push hard to fight them.”