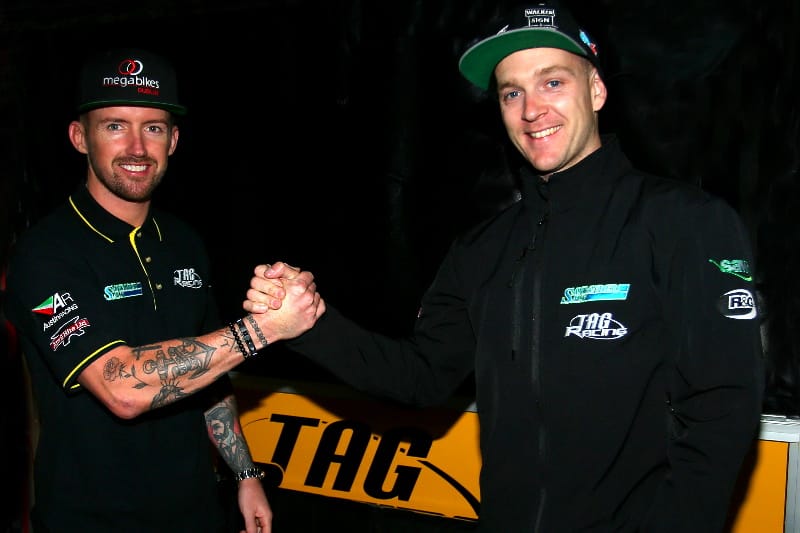 2019 Dickies British Supersport Champion Jack Kennedy will return to the Bennetts British Superbike Championship for the 2020 season as the Irishman is set to join Dan Linfoot at Santander Salt TAG Racing.

Linfoot will remain with the Swadlincote based team for a second season together in a bid to build on his 2019 season which has seen the 31-year-old stand on the podium at Brands Hatch earlier in the year.

After wrapping up the Supersport title at Donington Park, two-time Supersport Champion Jack Kennedy will make the step up once again to British Superbikes.

Kennedy was last in the Superbike class in 2015 and 2016 for Team WD-40 Kawasaki but is excited for the challenge ahead with the 2020 Yamaha R1.

“I feel like I have unfinished business in the Superbike class and with this opportunity, I can prove myself again on a big bike.” said Kennedy.

“It really fits into place, the team speaks for itself for what they have done in the past, they have been around a long time also, which is good and I really feel I can put myself up the sharp end on a competitive bike that the team turn out.”

Dan Linfoot added: “I’m really happy to get a deal done with Rob, Tracy and Gary for next season. Looking back we have experienced some technical issues this year and with a view of them coming right it only makes sense to start 2020 with those issues out of the way and having a proper go at the Championship onboard the new R1.”

The 2019 season comes to an end in two weeks time at Brands Hatch before we kick off the 2020 British Superbike Championship at Silverstone in April.