Ferrari ready to bounce back to winning ways in Austin 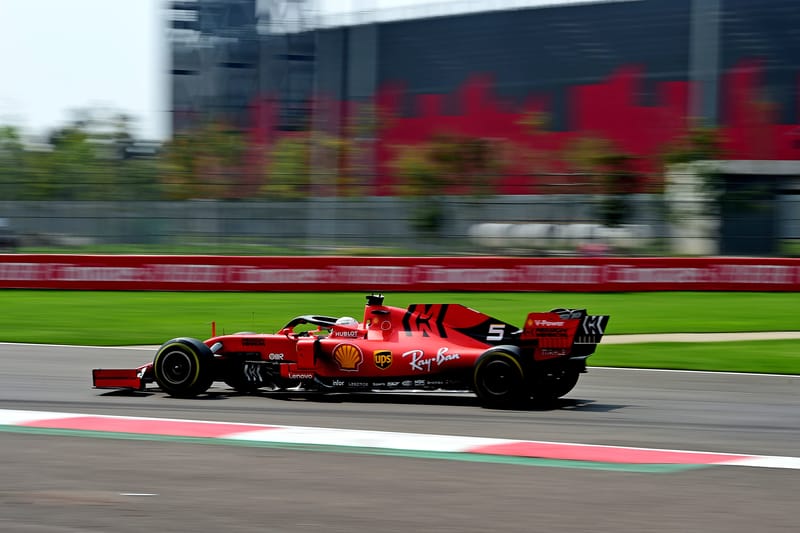 Scuderia Ferrari head to the Circuit of the Americas in Austin, Texas for the United States Grand Prix.

The team from Maranello have failed to win in the last three races despite locking out the front-row in each of them.

Charles Leclerc, who has yet to win since his maiden back-to-back victories at Spa and Monza, goes into this weekend having collected five of the last six poles since the summer break.

The Monegasque finished a woeful fourth in Mexico City on Sunday after pitting twice for tyres, whereas the top three only stopped once.

Leclerc will be aiming to put on a better race display this time around in Austin.

“I really like being in the United States and the city of Austin is amazing,” Leclerc shared.

“It is just a great location and the atmosphere around the whole event is special, different to what we usually have.

“The circuit itself is also quite unique. Inspired by parts of some of the most iconic race tracks around the world, it gives us drivers a really nice challenge.

“With a long straight and a lot of different types of corners, you have to make sure to find the right balance for the car. It is also one of the few tracks to run counter-clockwise, so that mixes things for us in the cockpit, too.”

Sebastian Vettel crossed the line in the Mexican Grand Prix in second position, albeit less than two second behind race winner Lewis Hamilton.

The German looks to go one place higher on a circuit that he has won in 2013 for Red Bull Racing, which was part of his record-breaking streak of nine race victories.

2019 has been anything but record-breaking for Vettel, as the Singapore Grand Prix has been the only time he has ended up on the top step of the podium this season.

The lack of running at the beginning of last year’s event saw his race weekend more tricky, so the Ferrari driver will want to gain as much data as possible to help with his strategy in the Grand Prix.

“The US GP in Austin is a very different proposition to the high-altitude of Mexico,” the four-time World Champion said.

“The Circuit of the Americas is an exciting track, with a wide range of cornering speeds and lots of changes of direction. It’s quite bumpy, particularly in the big braking zones so it’s so easy to lock wheels there. The strategy choice is quite open, with both one and two-stop plans looking possible.

“It’s a tricky circuit to get the tyres into the right performance window, so Friday is important to understand the tyres and get prepared for the race.

“Last year’s event was difficult because none of us got much useful running due to the poor weather on Friday. The forecast for this year is dry but quite cool. It should be a good circuit for us but, as we saw last year, we can take nothing for granted and the competition is also strong.”

Ferrari have virtually secured second in the Constructors’ Championship for the third season running, as they have a one-hundred and twenty-five point gap to Red Bull with only one-hundred and thirty-two left to play for.

Team Principal Mattia Binotto will want to put the disappointing results of Russia, Japan and Mexico behind them and find the solution they need to help with race performance.

“We have started the last six races from pole position but have only gone on to win three of them and we certainly want to do better than that,” Binotto analysed.

“We are encouraged by the fact that we now have a package that allows us to fight for wins on most tracks. It’s a significant improvement on how we started the year and credit must go to all the people in Maranello and at the track, who have worked so hard to fight back from where we started.

“We need to use the last three races of this season to further develop as a group and to operate in the sharpest possible manner in order to be better prepared for next year. It is a very tight field at the front and every detail matters if we want to win more often.

“Austin will hopefully give us a good opportunity to do so. It is a very challenging track with many different combinations of corner. Of course everyone will be looking to see what happens with the tyres after the surprising longevity of Pirelli’s hard compound last week in Mexico. We are aware that every track can produce its own particular surprises and our aim is to be ready to react to whatever situation might arise.

“Finally, it’s always special to race in the US, a country with a huge history of motor racing. We won here last year and the team’s motivation will be to try and bring home a very good result.”