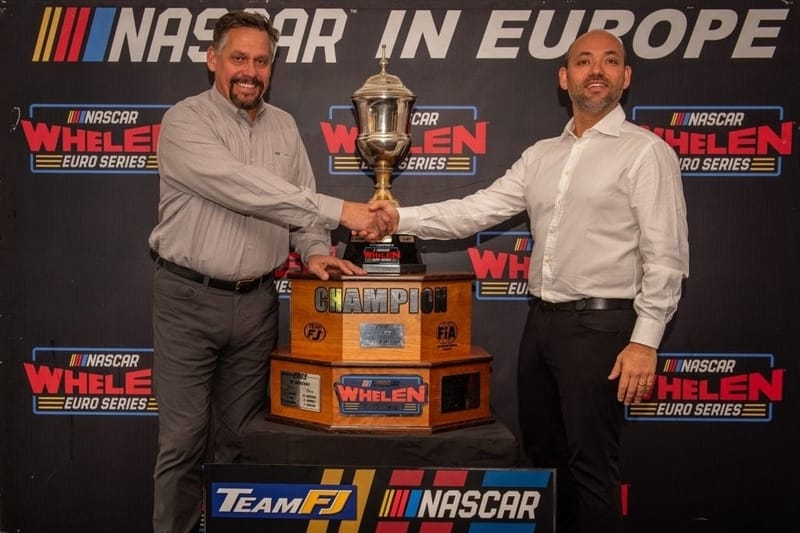 The NASCAR Whelen Euro Series will remain under NASCAR sanction until 2030. On Friday, NASCAR and Team FJ announced a ten-year extension to their partnership to keep the European-based touring series going.

“The whole Team FJ organization as well as the Galpin Family are extremely happy and proud of this extension coming even before the previous agreement’s expiration,” Euro Series head Jerome Galpin said. “This demonstrates the great job done over these past years and the very unique relationship built between Team FJ and NASCAR.”

In 2012, the series previously known as Racecar Euro-Series joined the NASCAR umbrella, becoming one of three NASCAR international leagues alongside the PEAK Mexico Series and Pinty’s Series in Canada. In the six seasons since, the Euro Series has seen three Elite 1 Division champions, two of whom (Anthony Kumpen and Alon Day) have gone on to race in NASCAR’s American national series. Day is the first Euro Series driver to run a Monster Energy Cup Series race.

The current Elite 1 points leader Loris Hezemans made his NASCAR Xfinity Series début in August at Road America. Drivers from the American side have also crossed over, including 2000 Cup Series champion Bobby Labonte and Gander Outdoors Truck Series veterans Jennifer Jo Cobb and Myatt Snider, the latter of whom is competing for the Elite 2 championship in 2019. 1997 Formula One World Champion and former NASCAR driver Jacques Villeneuve also began racing in Elite 1 during the 2019 season.

“Europe remains a critical building block of NASCAR’s International initiative and we believe we have established a solid base from which to continue to grow,” NASCAR Chief International Officer Gene Stefanyshyn commented. “We are very thankful to Anne and Jerome Galpin and the whole Team FJ organization for the partnership we have shared with them over the past several years and look forward to many more years of cooperation as we build the Series together.”

2021 Whelen Euro season pushed back a month to May, GP Italy moved from spring to fall