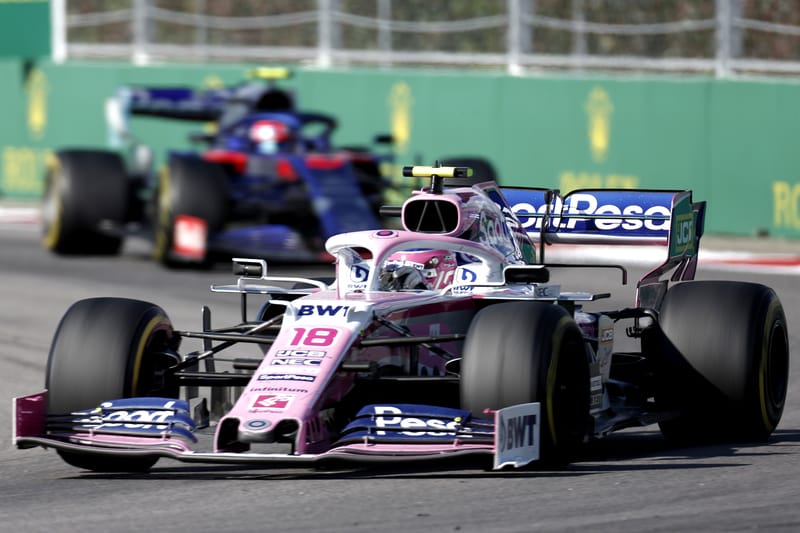 The 2019 Russian Grand Prix, saw a for Racing Point F1 Team, as Sergio Pèrez took seventh place at the Sochi Autodrom. It was a harder race for teammate Lance Stroll as he was in the points for a long stint of the race but saw himself finish downthe order in eleventh.

Pèrez describe the race as “very good” as he started in eleventh place and came out in seventh as only McLaren F1 Team’s Carlos Sainz did better within the mid pack of F1. Pèrez started on the Soft tyres, with a long stint on the, but after twenty-three laps he moved on the the medium tyres, and explained he felt confident within the strategy.

The Mexican spoke on the race saying: “It was a very good race for us today. I’m very pleased with how we maximised the result. I think it’s been one of my greatest races that I can remember. We had a good start and great management throughout the stints, knowing when to fight and when to hold back, and that made a huge difference. “

Pèrez explained he felt the team were “unlucky” with the safety car. But expressed he was happy with the team because they “took every opportunity” Additionally he explained he has been impressed with the team as they have been taking “important points” since F1’s return from the summer break.

“We were unlucky with the timing of the Safety Car, but we recovered and we took every single opportunity. Since the summer break we’ve been on it and we’ve been scoring some important points. We worked hard for it today and we couldn’t have done any better.“

Lance Stroll however, had a different race to his teammate, as he failed to score points taking eleventh place at the Grand Prix. The twenty year old described it as a “tough race” as the safety car seemingly cost him, as he was in a battle with Nico Hulkenberg of Renault F1 Team. But explained he struggled with the tyres, as he used the medium tyre for twenty-seven laps before switching to the soft tyres for the last stint of the race.

Stroll said: “It was a tough race today and to finish just outside the points is really frustrating. I spent a lot of time in traffic and I wasn’t really happy with the balance of the car. “

“I struggled to keep the tyres under control throughout and we were sliding the rears a lot – and that cost me at the restart when I got overtaken by Hulkenberg.”

Additionally the Canadian explained there was “positives” to take from the Russian Grand Prix, as the RP19 seemed ‘competitive’ throughout the weekend.

“The car was more competitive this weekend so there are plenty of positives to take away, but we just have to keep it going until the end of the season.”