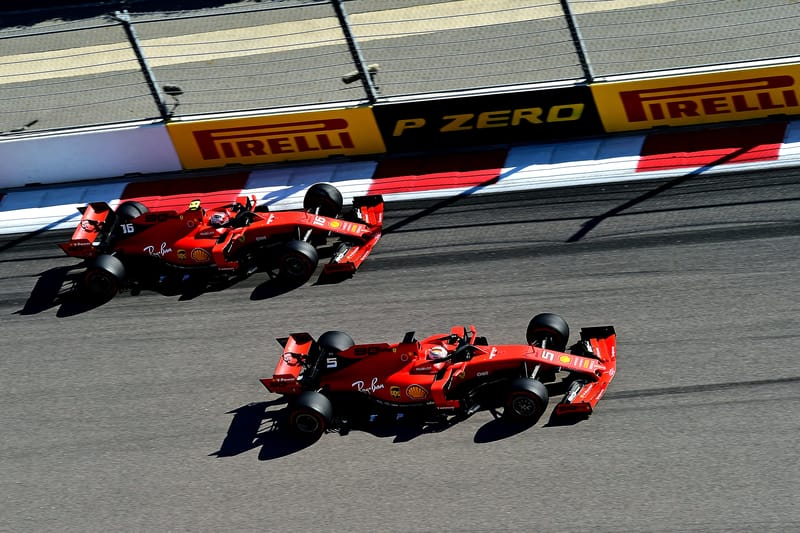 The first half of the race looked like the prancing horse were in command for their second one-two in a row before an MGU-K problem forced Sebastian Vettel to park up at Turn Fifteen on Lap Twenty-Seven.

Inevitably, the Virtual Safety Car was deployed but because Charles Leclerc had already pitted, it gave rivals Mercedes-AMG Motorsport the advantage to make the switch from the medium compound to the soft for Lewis Hamilton‘s only stop.

By the time Leclerc had caught up, Hamilton was in track position to go on and win. The Monegasque would finish the Grand Prix behind Valtteri Bottas in third place.

“We are disappointed because we did not do a perfect job today. To win, you need reliability and today we didn’t have it. Unfortunately, it’s not the first time this season that’s been the case,” Binotto said.

“Before the race, as always, we spoke with the drivers and we asked Charles to give Seb a tow, because that would be the best way for him to get ahead of Hamilton and for the two of them to be first and second come the end of the opening lap. In fact, Seb got a fantastic start, which allowed him to pass Hamilton even before the entry to the corner.

“Seb was very quick today and I am very happy with the way he drove. I have said it many times before, his strong point is the race and he proved that, running at a great pace. It was a real shame we had to tell him to stop. We asked him to park the car at that point for safety reasons, which obviously takes precedence over everything else.

“It’s not the result we were hoping for, but after today, we are even more prepared for the fight. Our car is strong, as is the team and we are ready to give our all in the coming races.”

Ferrari’s slim chances of snatching the Constructors’ Championship from Mercedes look to have disappeared but their overall pace since the summer break has significantly improved, justified by Leclerc’s current run of four pole positions in a row.