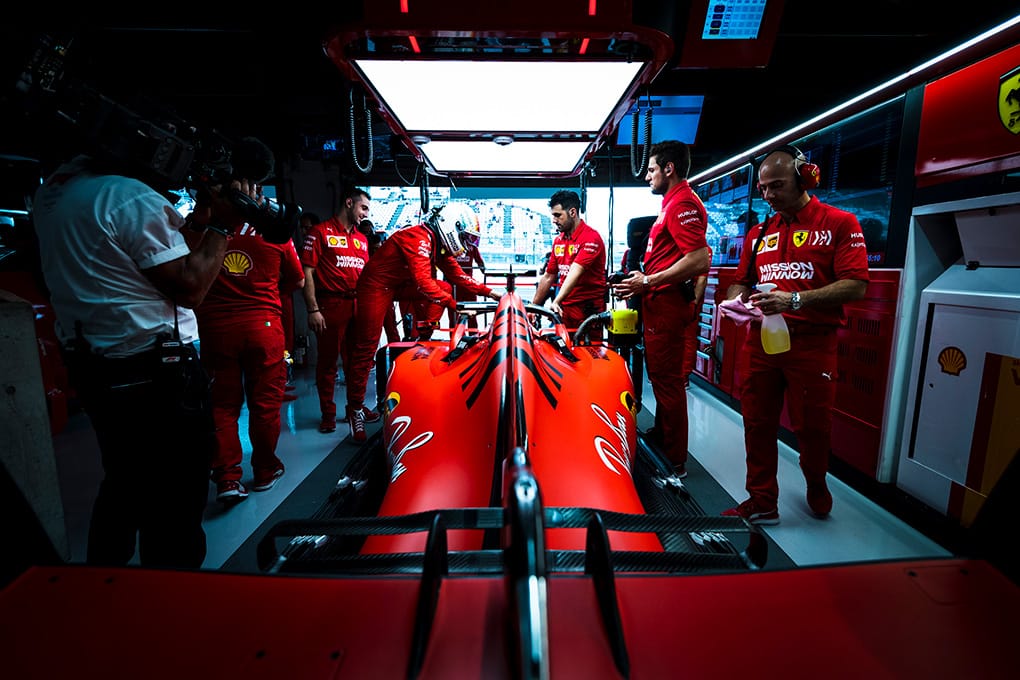 As the session got under way the two Alfa Romeo’s of Antonio Giovinazzi and Kimi Räikkönen set the first times of the afternoon.

Ten minutes into the session Scuderia Ferrari driver Charles Leclerc was lucky to escape a spin through the stadium section, managing to catch the car as it started sliding. The Monegasque driver wouldn’t be so lucky five minutes later as he headed into the first corner, losing control and spinning around.

Moments later the red flags would be brought out to recover the Red Bull Racing car of Alexander Albon who had slid sideways into the barriers, damaging the two right corners of the car.

With just over 1 hour remaining of the session, the green lights came back on and the drivers headed back out on track with Sebastian Vettel leading teammate Leclerc with a time of 1:17.960.

It would only be another five minutes before the circuit claimed another victim, this time Vatteri Bottas spun in to the stadium section, thankfully keeping the Mercedes out of the barriers. In an unrelated Carlos Sainz Jr. also locked up and ran wide off of the circuit before safely rejoining at Turn 1, Nico Hülkenberg, Lando Norris and Daniil Kvyat would also be caught out in a similar manner.

Leclerc became the first of the drivers to start his qualifying simulation, setting a time of 1:17.072 to go fastest before teammate Vettel blitzed the time with a lap of 1:16.607.

As the session progressed it was a tale of tyre degradation across the field, as all teams struggled with the Pirelli rubber.

Leclerc would be lucky to recover from a violent spin through Turn 8 as the minutes counted down at the end of the session, his tyres in the process, bringing his session to an early end.

While Albon’s true pace is an unknown due to his lack of running throughout the sesssion, it looks like the usual three teams will be leading the way heading in to the second day.

Honda power seems strong in the high altitudes as both Daniil Kvyat and Pierre Gasly recorded strong times to take the honour of best of the rest ahead of McLaren F1 Team and Renault F1 Team.