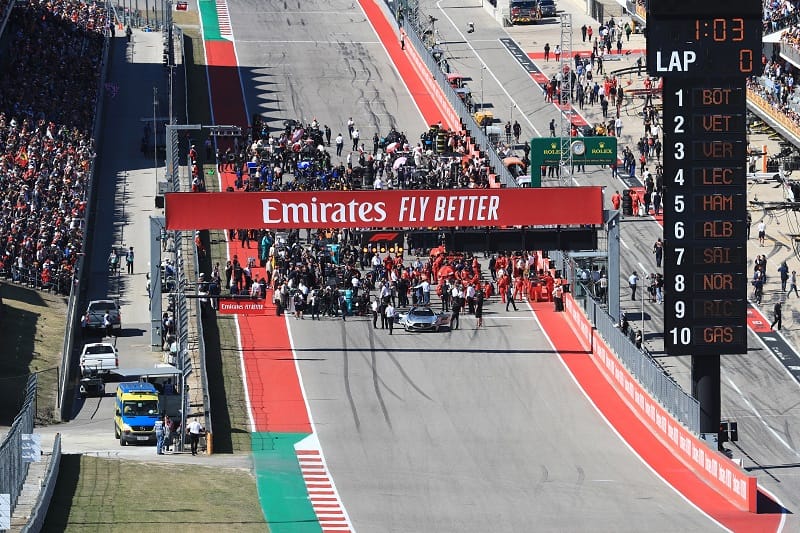 Formula 1 has launched an ambitious plan to have a net-zero carbon footprint by the end of the next decade, with the initiative aimed not only at the on-track product but also what else is affected by the sport, such as transportation and development.

By working with their host venues, by 2025, the aim is to see each event as a sustainable product, with waste either reused, recycled or composted, while green technology and tools are to be made available to fans at the track.

By 2030, the idea is for all Formula 1 cars to be net-zero carbon powered, while transportation between events needs to be ultra-efficient and low-to-zero carbon based.  The factories and offices of teams and management are also set to be powered by 100% renewable energy. The plans were shown to the teams during the recent Mexican Grand Prix weekend at the Autodromo Hermanos Rodriguez.

The estimated scope 1, 2 and 3 footprints of Formula 1 in 2019 is more than 256,000 tonnes of CO2E, although only 0.7% of that is from power unit emissions, such is the sophistication of the modern-day turbo-hybrid engines.

The biggest figure is the 45% from logistics, including all land, air and sea transportation and travel between the events, which in 2019 sees twenty-one races across five continents.  An additional 27/7% is put on business travel, including air and ground transportation once more plus the usage of hotels that impact Formula 1 Teams employees, and employees of major event partners.

19.3% comes from the facilities and factories of the ten Formula 1 teams and tyre manufacturers Pirelli, plus all team-owned and operated offices.  The remaining 7.3% is from event operations, including broadcasting, support races, Paddock Clubs and garage usages at tracks.

“Over its 70-year history, F1 has pioneered numerous technologies and innovations that have positively contributed to society and helped to combat carbon emissions,” said Chase Carey, the Chairman and CEO of Formula 1.  “From ground-breaking aerodynamics to improved brake designs, the progress led by F1 teams has benefitted hundreds of millions of cars on the road today.

“Few people know that the current F1 hybrid power unit is the most efficient in the world, delivering more power using less fuel, and hence CO2, than any other car. We believe F1 can continue to be a leader for the auto industry and work with the energy and automotive sector to deliver the world’s first net zero carbon hybrid internal combustion engine that hugely reduces carbon emissions around the world.

“In launching F1’s first-ever sustainability strategy, we recognise the critical role that all organisations must play in tackling this global issue.  By leveraging the immense talent, passion and drive for innovation held by all members of the F1 community, we hope to make a significant positive impact on the environment and communities in which we operate.

“The actions we are putting in place from today will reduce our carbon footprint and ensure we are net zero carbon by 2030.”

FIA’s President Reacts to the Announcement

Jean Todt, the President of the Fédération Internationale de l’Automobile (FIA), says he and the rest of the FIA are in agreement with the plans to attain a net zero carbon footprint for the sport whilst continuing to be the leaders of developing ‘environmentally beneficial innovations’.

“Our commitment to global environmental protection is crucial,” said Todt.  “The FIA welcomes this Formula 1 initiative. It is not only very encouraging for the future of motorsport, but it could also have strong benefits for society as a whole.

“This strategy is in line with initiatives started some years ago by the FIA with the creation of the Environmental Accreditation Programme, more recently with the FIA Environment and Sustainability Commission, and researches on renewable racing fuel. Furthermore, in 2014 we introduced the hybrid power unit in Formula 1, which was essential for the development of motorsport highest category.

“It is the same reason that led us to maintain this philosophy within the framework of the Formula 1 regulations applicable from 2021. With the involvement of the teams, drivers, F1’s numerous stakeholders, and crucially the millions of fans around the world, the FIA and Formula 1 are committed to driving development and ensuring motorsport grows as a laboratory for environmentally beneficial innovations.”

The McLaren F1 Team was amongst the first to respond to the news, with CEO Zak Brown welcoming the news, while the Renault F1 Team has also positively acknowledged the plan.

“We congratulate Formula 1 on its commitment to a more sustainable sport,” said Brown. “McLaren will continue to work closely in partnership with Formula 1 to help turn its strategy into action, as an essential part of our evolving sustainability programme.

“As McLaren operates across the worlds of technology, racing and mobility, we recognise our responsibility to sustainability, from minimising our environmental impact to maximising our social impact through our people, technology, processes and operations.

“This approach echoes the expectations of our fans, customers, partners, employees and stakeholders. We believe motorsport has an opportunity to demonstrate sustainability through key technology to evolve our industry into a showcase for the future. We support and applaud F1’s sustainability strategy announced today.”