Gasly Confident after Friday Practice: “I have a really good feeling with the car” 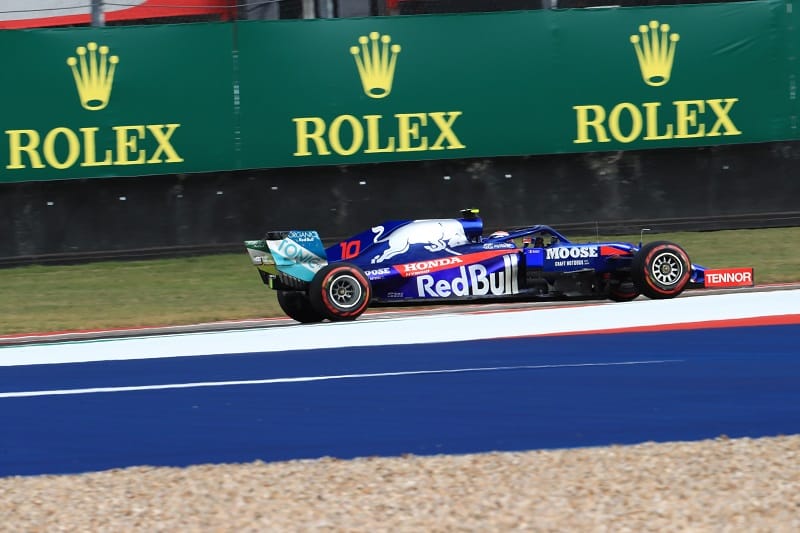 Pierre Gasly was pleased with his Friday results at the Circuit of the Americas, with the Frenchman ending both free practice sessions inside the top seven.

The Scuderia Toro Rosso driver was happy with the direction the team went with the set-up of his STR14 in between the two sessions, with Gasly satisfied to be as high up the field as he was.  He acknowledges that Friday means very little, particularly with track conditions likely to be different, but it gives everyone confidence that they can be in the ballpark for a strong result this weekend.

“We had a very good day of practice finishing P4 and P7 in the two sessions,” said Gasly.  “I have a really good feeling with the car and I’m happy with the setup direction we took between FP1 and FP2. We managed to get the car where I wanted it to be so I’m satisfied with that.

“Tomorrow will be slightly different conditions, so we need to make sure we can achieve similar performance by anticipating all of these changes to get the car in a similar position for the next two days.

“I really enjoy driving on this track as it’s quite particular; it has fast, high-speed corners which is what I like in a circuit.”

Despite a spin, team-mate Daniil Kvyat was content with his day, with the Russian ending eleventh fastest in the morning and twelfth in the afternoon, and he feels with a few adjustments he can make the jump forward into the top ten.

“It was a normal Friday where we completed our programme and managed to do the laps we wanted,” said Kvyat.  “There’s a couple of corners where I can improve and then things should be fine.”

Guillaume Dezoteux, the Head of Vehicle Performance at Toro Rosso, felt both practice sessions were productive for the team, with work being done on both set-up for this weekend’s race as well as data gathering for Pirelli’s 2020 prototype tyres that both drivers were able to use during practice.

“The very cold temperatures were a bit of a shock for all of us coming from Mexico,” said Dezoteux.  “Both free practice sessions have been very productive, the drivers and engineers were able to complete their programmes and find a reasonable balance in these conditions. The track felt very bumpy this year and we had to adapt our setup from our initial expectations.

“In terms of our run plans, while Daniil tested some new aero parts during FP1, Pierre was more focused on getting his balance right and completed the morning with some sustainable laps on high fuel. Both cars tested the new prototype tyre, which will be the 2020 Pirelli specification.

“As for FP2, both cars started on the 2020 prototype tyre again before going into a more conventional run plan. The drivers were able to close good laps on the soft tyre, confirming the good performance shown in the morning. The long runs were more difficult in terms of consistency and Daniil had to stop for a tyre change after spinning in T19, where he flat-spotted his tyres.”

Dezoteux reckons the race pace of the STR14 looks promising at this stage of the weekend, but with the midfield battle looking tight once more, there is plenty of work to do to ensure they can be genuine points contender come Sunday.

“Our race pace looks okay but we need to analyse all the data to see where we rank,” said Dezoteux.  “Once again, the midfield looks very tight and we will need to optimise everything tomorrow to maintain this competitiveness.

“We have gathered good data today for the engineers to analyse. The target is clear: we will do our best to qualify as high up the grid as possible and Q3 should be achievable for both cars.”

By Paul Hensby
5 Mins read
Sergio Pérez is continuing his preparation ahead of his first season with Red Bull Racing after joining the team at the end of 2020.
Formula 1

By Paolo Iantosca
2 Mins read
Williams F1 team announced that Jenson Button will be the Senior Advisor for 2021 and beyond.