Lewis Hamilton on Mercedes’ Efforts: “I can’t thank you enough for everything that you’ve done” 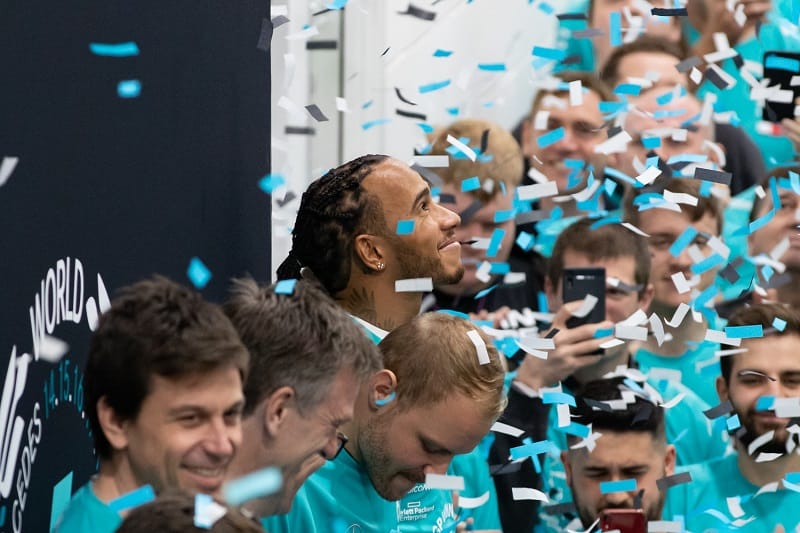 Lewis Hamilton admits it is difficult to put into words what his Mercedes AMG Motorsport team has achieved since he joined the outfit, with the Briton having been an integral part of six consecutive Drivers’ and Teams’ Championship triumphs.

Hamilton has won five of those six Drivers’ crowns, the latest being confirmed when he raced from fifth to second in the United States Grand Prix, and he thanks every single individual within Mercedes, either at the racetrack or the factories in Brixworth and Brackley.

“It’s very difficult to find the right words to express my gratitude to all of you for continuing to push every year – it’s thanks to you that I’ve been living my dream, that I’ve been able to succeed and reach this incredible achievement in my life,” said Hamilton.

“I’m incredibly proud to be part of this group and I can’t thank you enough for everything that you’ve done.”

Hamilton has never shied away from the fact that he grew up wanting to follow his idol Ayrton Senna into Formula 1, but the Briton now has doubled the amount of titles the legendary Brazilian secured during his career.  His first triumph came in 2008 whilst driving for the McLaren F1 Team, but he has won five championships with Mercedes.

“I never in a million years thought I’d get to six,” admitted Hamilton.  “I grew up watching Formula 1 and I always wanted to do something like Ayrton. If I could get to Formula 1, that’d be great; if I could get three titles, that’d be incredible.

“And now we’ve doubled that – it’s truly unbelievable. I love to see how motivated you all are, that really spurs me on, and I hope you’ve seen some of that in my driving.”

Hamilton also paid tribute to team-mate Valtteri Bottas, who he felt has put a lot of pressure on him this season, with the Finn having taken four wins across the season in Australia, Azerbaijan, Japan and the United States.  He expects the challenge from his team-mate to be even stronger next season.

“Valtteri also has done exceptionally well this year and has been an incredible team-mate,” said the Briton.  “I’m really proud to work alongside him and I expect him to be a massive challenger next year.

“We must keep pushing because I know we have more to do – more championships to win, more races to win – and I truly believe that we can do that. A big, big thank you to you all!”