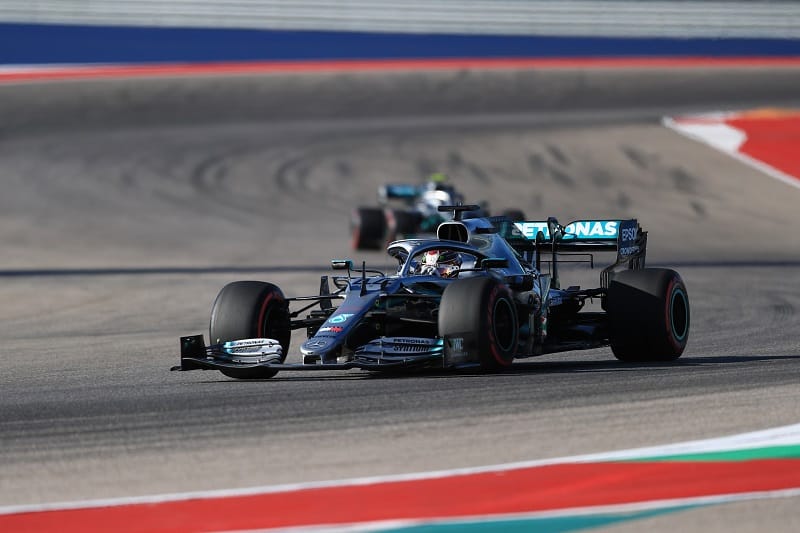 Mario Isola felt the final few laps of the United States Grand Prix was tense as all eyes were on whether Lewis Hamilton could clinch the 2019 World Drivers’ Championship by making only one stop while others made two stops behind him.

Ultimately, Valtteri Bottas denied his Mercedes AMG Motorsport team-mate the win at the Circuit of the Americas on Sunday, but Hamilton’s runners-up spot ensured he became a six-time champion.

Isola, the Head of F1 and Car Racing at Pirelli Motorsport, congratulated Hamilton for the achievement of his sixth crown, with the Briton edging closer to the seven titles won by Michael Schumacher during his illustrious career.

“The final few laps in particular were extremely tense, as we all waited to see if Lewis Hamilton could make a one-stopper work to win the race, against drivers on much fresher tyres behind him,” said Isola.

“He didn’t quite make it to the top step of the podium, but it was still a spectacular fight where strategy was all-important, so big congratulations to Lewis for a very well-deserved sixth title after a thrilling grand prix.

“Congratulations of course to Valtteri as well for winning the race with a completely different strategy.”

Isola said the conditions at the Circuit of the Americas made the decision to go either one or two stops during the race was a difficult call, with many drivers using fresher tyres to their advantage at stages of the Grand Prix.  All three compounds of Pirelli’s dry weather tyres were used, with thirty-three pit stops made between nineteen drivers.

“In the end, the relatively warm conditions, after a very cool start to the weekend, meant that it was a close call between one and two stops using the harder compounds: with two of the three podium finishers eventually opting for a two-stopper,” said Isola.

“However, we witnessed a wide variety of strategies all the way down the grid with close competition from start to finish, which is exactly what we all want to see.”

By Robert Percy
7 Mins read
Whilst the team formerly known as Toro Rosso has always been a solid midfield contender, this year was one where they really surprised us a couple of times!
Formula 1Season Review

By Paolo Iantosca
3 Mins read
The 2020 F1 season is set to go down as Ferrari’s worst campaign in the last century. However, despite the dreadful results, Ferrari still managed some highs in a unique 2020 season.