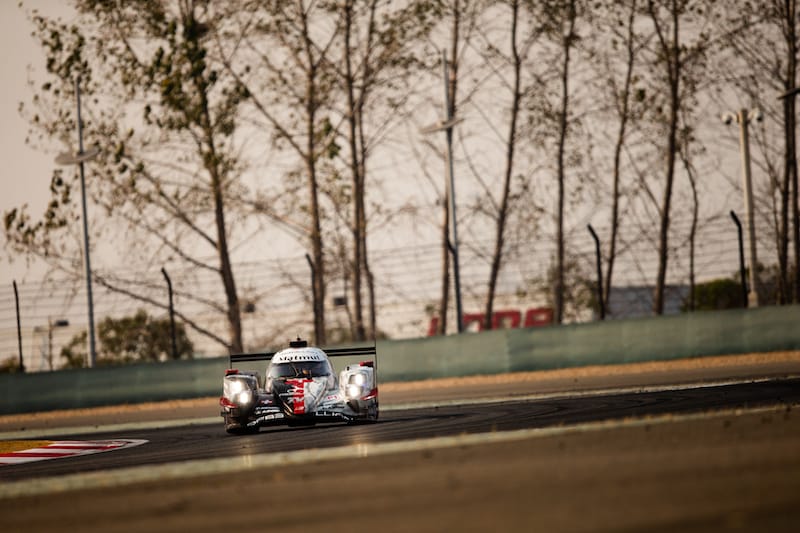 For the first time in FIA World Endurance Championship history, a privateer has taken overall victory at the chequered flag. Rebellion Racing had a dominant four hours to claim first place and become the first team to beat Toyota Gazoo Racing since the start of the Super Season.

The odds were stacked in their favour with Toyota being hit with the highest success ballast possible, seeing them slowed down by 2.7 seconds per lap. This very much took them out of the overall fight and gave Rebellion such a large advantage.

Starting from pole, however, it was not the race start the Swiss team wanted. Norman Nato had an issue with tyre temperatures as the lights went green, seeing him slip from first to fourth before the grid had even reached the first corner. The better start pace from the two Team LNT Ginettas and the #7 Toyota would come back to haunt them though, as all three cars were deemed to have jumped the start as they passed the #1 Rebellion before the white start line. This saw all three cars handed a drive through penalty and dropped them out of contention for the win.

It very quickly became a race of one car, however, because even though the trio of Brendon Hartley, Sebastien Buemi and Kazuki Nakajima tried their best to battle with the Rebellion for first, the reduced pace they had made them a sitting duck to the Rebellion’s speed. By the end of the first hour, the Rebellion was back leading the grid, where it would remain until the chequered flag.

Unfortunately for Team LNT their race performance saw them lose a lot of time to the Toyotas. On track, due to the success ballast, they were able to stay ahead of the Japanese cars, but in the pit stops they were giving away around 12 seconds per stop and they struggled with tyre management. Even in a four hour race, this cumulated to too much time for the Ginettas to catch up, meaning that by the end of the race they were nearly a lap down on the slowed Toyotas, finishing fourth and fifth and leaving the Japanese team to pick up a double podium finish.

Rebellion did win a race last year, the 6 Hours of Silverstone, but as this was a win handed to them post race due to the duo of Toyotas being disqualified, today’s result counts as their first and the first outright win from a privateer in WEC.

If the LMP1 class wasn’t close, the GTE Pros had the opposite race, with a majority of the four hours filled with wheel-to-wheel GTE battles. James Calado and Alessandro Pier Guidi made a charge through the field from fourth, making the top three cover three manufacturers from an early point in the race.

It looked like Nicki Thiim and Marco Sorensen were set to take their second consecutive victory as they led the class for most of the race, but a last hour puncture saw them frantically diving into the pits. This handed the lead over to the charging Ferrari duo who finally got their redemption from the 4 Hours of Silverstone and claimed the top step of the podium.

It wasn’t done with ease, however, as Kevin Estre – seeing the chance of a win after the misfortune of the Aston Martin – put his foot down to reduce the 15-second lead Calado and Pier Guidi had built. It was a momentous effort, but the Frenchman could get no closer than 6.7 seconds behind when the chequered flag fell. It was a good day for Porsche, though, as they took the bottom two steps of the podium.

The recovering Dane train could do no better than fifth after their late puncture, behind the sister car of Alex Lynn and Maxime Martin, whilst the #71 AF Corse had a day to forget, crossing the line P6 in class.

It was a JOTA one-two and the first win of the season for Goodyear in LMP2 as Anthony Davidson, Antonio Felix da Costa and Roberto Gonzalez cruised to a strong victory. It was a short-lived race for pole-sitting Cool Racing as early contact with the #78 Proton Competition Am car saw them retired from the race on the 30th lap.

It had looked like the #37 Jackie Chan DC Racing car was going to dictate the pace throughout the race, with a blinding first stint from Will Stevens putting him out at the front of the pack, but his second stint saw him suffer a severe lack of pace. Davidson took advantage of the troubles from the sister car, promoting the #38 up to the front of the class.

Early issues with debris in the airbox looked to have knocked United Autosports out of podium contention, but sheer speed from Paul di Resta, Phil Hanson and Filipe Alburquerque saw them nipping at the heels of the #37 Jackie Chan car for second place. The JOTA-backed team managed to just hang on, but it led to some dramatic last few laps and showed the strengths of the American outfit.

Racing Team Nederland could do no better than fifth at the chequered flag after they had a race full of incidents. They initially were forced to start from the back of the grid due to Fritz van Eerd not setting a lap time in yesterday’s qualifying, then after they had recovered up the field they were hit with a drive through penalty for Giedo van der Garde making contact with the #62 Red River Sport Am Ferrari.

It had been looking like a perfect day for Aston Martin before the #95 Pro car was hit with its puncture, but the Am cars still came through for the British manufacturer.

TF Sport took their second victory in a row after a fierce battle throughout the race with the works Aston Martin Racing #98. It was a great performance from Jonny Adam, Charlie Eastwood and Salih Yolic seeing them barely lose the lead of the class.

The #57 Team Project 1 took the mantle for the team after early contact for the #56 saw it drop down the order, only managing to make it back up to fifth. The #57 split the two Aston Martin entries, forcing Paul Dalla Lana, Darren Turner and Ross Gunn to settle for third and the bottom step on the podium.