Verstappen edges Hamilton in final practice session of the season 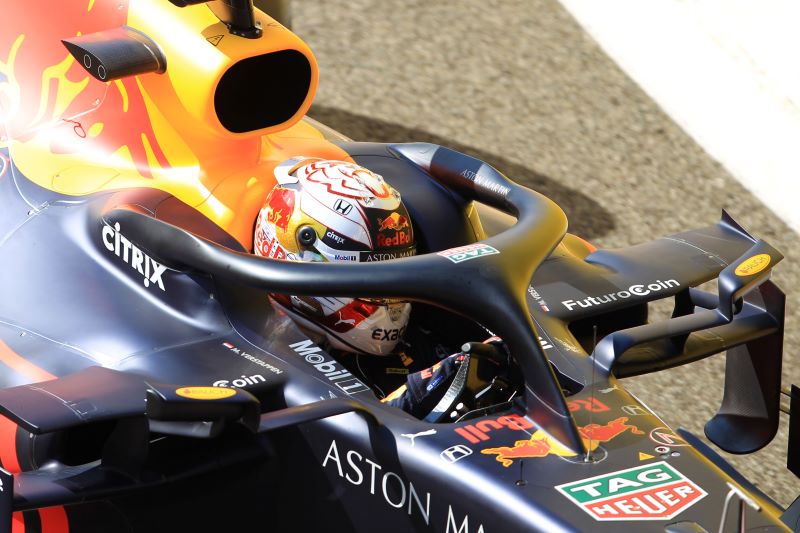 Max Verstappen edged out the Mercedes AMG Petronas duo to take the fastest time in the final practice session of the season in Abu Dhabi.

The Dutchman went fastest of all after multiple runs late in the session to dislodge Lewis Hamilton‘s earlier effort from the top of the timesheet.

Valtteri Bottas continued to show strong form around the Yas Marina Circuit as the Finn rounded out the top tree – still within a tenth of Verstappen’s benchmark effort.

Alex Albon was an impressive fourth in the second of the Red Bull pair, as the Thai-continues to make gains in his rookie campaign.

Scuderia Ferrari ran under the radar in the final practice session, with Sebastian Vettel leading Charles Leclerc in fifth and sixth respectively – just over four tenths down.

However, the Maranello outfits best laptimes were set on the slower – but more durable – Medium compound tyres as the scene is set for a three-way battle for Pole in qualifying.

Sergio Perez was best of the rest for racing Point, just ahead of Daniel Ricciardo in the lead Renault.

The two combatants for sixth in the championship rounded out the top ten, with Carlos Sainz Jr. narrowly outpacing Pierre Gasly for ninth.

Romain Grosjean continued his strong form in Abu Dhabi, just ahead of the second Toro Rosso of Daniil Kvyat.

Lando Norris and Kevin Magnussen were thirteenth and fourteenth respectively as both struggled compared to their respective team-mates.

Lance Stroll was a lowly fifteenth in the second Racing Point, just ahead of Kimi Raikkonen as Alfa Romeo continued to struggle.

Nico Hulkenberg was seventeenth for Renault in his final practice session for the team.

The German locked up on his qualifying simulations and that hampered his final position.

19-year-old motorsport fanatic who is currently in his first year as a Journalism student at Nottingham Trent University.
Articles

By Nick Golding
2 Mins read
Sebastian Vettel had a very positive opening day at the Sochi Autodrom ending the day in ninth, team-mate Lance Stroll was in a disappointing fifteenth.
Formula 1

"There's some graining on the front tyres" - Carlos Sainz Jr

By Nick Golding
1 Mins read
Leclerc to start from the back of the grid for the Russian Grand Prix after being fitted with an upgraded power unit. He ended the opening day tenth with Carlos Sainz Jr in seventh.
Formula 1

By Nick Golding
2 Mins read
Max Verstappen will start the Russian Grand Prix from the back of the grid after taking engine penalty for fourth engine unit. Verstappen ended the opening day in Sochi sixth with Pérez eleventh.