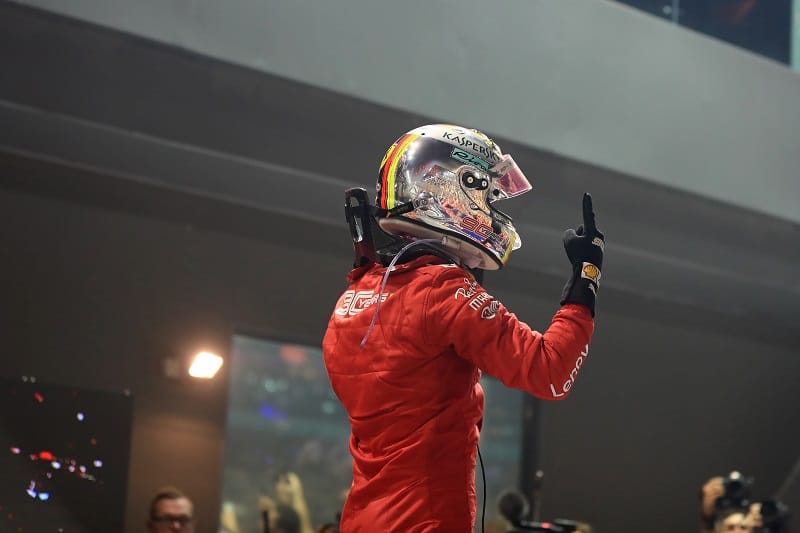 Mattia Binotto believes allowing Sebastian Vettel to win the Singapore Grand Prix in 2019 would have benefitted the German’s confidence after he took some knocks earlier in the year and faced a tremendous challenge from team-mate Charles Leclerc.

Vettel led home Leclerc at the Marina Bay Street Circuit despite running the early laps in third place behind his team-mate, who had started on pole position, and Mercedes AMG Motorsport’s Lewis Hamilton.

However, pitting earlier than his two rivals allowed the German to jump both, and despite questions from Leclerc about what happened and if they would swap positions later in the race, Vettel was allowed to maintain position and take what would be his only win of 2019.

Binotto, the Team Principal of the Maranello-based squad, praised Vettel for the way he turned around his form in the second half of the season, despite the headaches that Leclerc was giving him despite it being the Monegasque racer’s first year with the team and only his second in Formula 1.

“He has been uncomfortable with the car at the start of the season, certainly with the braking instability,” Binotto is quoted as saying by Motorsport.com.  “I think the challenge [of Leclerc] for him has been a good benchmark as well, because having such a fast team-mate gave him some headaches.

“In order to improve himself, he’s always very analytic. He approaches the exercise, he’s not emotional in that respect, he’s looking at the data, to compare the sectors, looking where he’s eventually slower or faster.

“In the first part of the season he has been put under a lot of pressure. I think he reacted very well in the second half.  The victory in Singapore has been key for him, not only for the victory itself, but the trust in the team. He knew that he could count on the team for help, if necessary.

“But I think it was right, it was the right choice and time to let him win.”