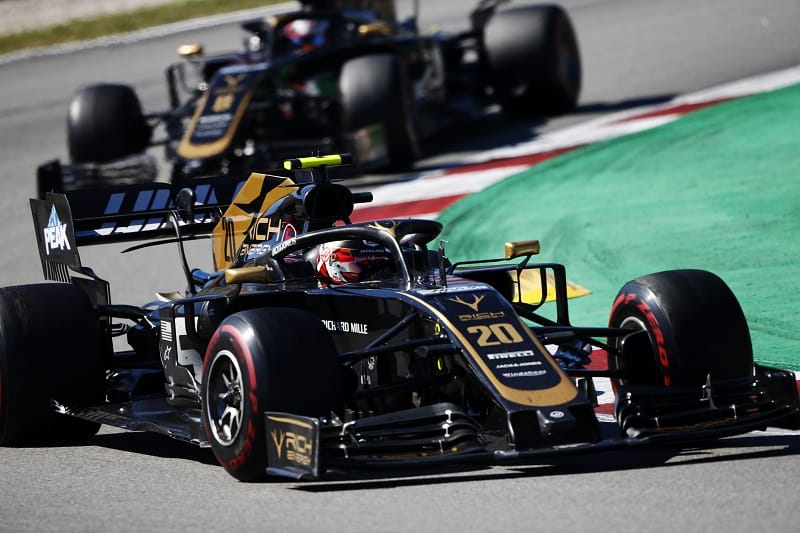 After an extremely positive 2018 that saw the Haas F1 Team finish fifth in the Constructors’ Championship, hopes were high heading into 2019 that they could emulate or even improve on that position, but it was not to be as a temperamental car design led to a fall from grace that was not improved by an off-track saga involving title sponsors Rich Energy.

On-track, they struggled to get the best out of their VF-19, with the set-up hindering their ability to use the Pirelli tyres to the best of their ability, with often positive qualifying performances being followed by a fall through the field on race days.

An update in the Spanish Grand Prix was ultimately deemed to make the car a difficult one to race with, and only some comparisons later in the season when Romain Grosjean and Kevin Magnussen ran different chassis and set-up’s saw some progress being made, although it was too late to save their season.

Grosjean and Magnussen made it through to Q3 nine times each, but between them they scored points on only seven occasions as they fell to ninth in the Constructors’ Championship.  This was well below their aim for the season, although Team Principal Guenther Steiner was quick to absolve the drivers of any blame as the VF-19 itself was not at the level it needed to be to be a contender.

Off the track, Haas began the year with Rich Energy as their main sponsor, but the situation with the energy drinks company deteriorated so much that they ended their alliance before the year was out.  This was no bad reflection on Haas, as Rich Energy themselves showed themselves to be a laughing stock on social media, while they also lost a court case for copying Whyte Bikes’ company logo.  Even this fails to tell the whole story.

The fact that the season-opening Australian Grand Prix was perhaps the highlight of the season for Haas shows just how much they struggled in 2019, and this was even with Grosjean retiring from the race due to a loose front-left wheel.

For the second consecutive season, both drivers made it through to the top ten shootout in Qualifying, with Grosjean starting sixth just ahead of Magnussen, and the early stages they were running comfortably inside the top ten.

Unlike in 2018, their pit stops went untroubled and Magnussen drove strongly to claim sixth position, which ultimately would be his best result of the season.  He would only claim points on three further occasions throughout the year.  Grosjean was on course to finish just behind his team-mate but was forced to pull out with an issue with his tyre becoming loose, although this was not attributed to his pit stop this time around.

Australia gave Haas hope that they were on for another positive year, but it would prove to be a rogue result that wasn’t mirrored anywhere, aside from perhaps the wet/dry German Grand Prix that saw Grosjean and Magnussen finish seventh and eighth.  Ultimately though, it was not to be Haas’ year.

During the midway point of the season, Haas were running different set-ups with its drivers to try and find a cure to their Sunday blues.  Magnussen continued to run with the Spanish Grand Prix update, whilst Grosjean returned to the pre-update set-up.

Grosjean started ahead of Magnussen, giving the team an early idea that the updates were in fact a hinderance more than a benefit, but all hopes of getting an indication that it was better in race conditions were ended after a collision between the team-mates at turn four.

It was the second consecutive year that Magnussen and Grosjean collided at Silverstone, but whereas both were able to continue in 2018, both were resigned to first lap pit stops for repairs before both retired from the race before ten laps were completed.  Team Principal Steiner was naturally livid to see their weekend’s efforts ruined after just four corners.

It was a nightmare for the team, who left Silverstone still wondering what the best set-up for the VF-19 was, the lost chance of gathering the all-important data meant they went into the German Grand Prix weekend still scratching their heads and with split set-up strategies.

Grosjean started the year by out-qualifying Magnussen in Australia, with the duo starting sixth and seventh at the Albert Park circuit, but generally across the year, the Dane had the beating of his French team-mate on Saturdays.

Magnussen perhaps had the lap of the season of the duo when he qualified an excellent fifth for the Austrian Grand Prix, but he went into the session knowing he was to take a five-place grid penalty for an unscheduled gearbox change.  Never-the-less, it was a stunning lap that was bettered only by Charles Leclerc, Max Verstappen and the two Mercedes AMG Motorsport drivers.

Grosjean matched his Australian Grand Prix qualifying result in Germany but only broke into the top ten on Saturday’s on nine occasions throughout the season, the same amount of times as Magnussen, but the Dane qualified ahead of the Frenchman on thirteen occasions, although their average qualifying position across the year was similar.  Magnussen’s average position across the year was 11.71, while Grosjean’s was 12.00.

The results would show that Magnussen out-scored Grosjean by twenty points to eight (ironically their respective car numbers!), but that does not tell the full story of a season filled with troubles.

Magnussen had the best finish of the pair with sixth in Australia, but he would only finish inside the points three more times across the year, although his drive in the Russian Grand Prix was superb knowing he would be taking a five-second time penalty for corner cutting in his final result.

His only other two points results came in Spain and Germany came at the detriment of Grosjean after the two banged wheels heading into turn one as his team-mate attempted to pass the Dane.

Grosjean’s season began badly with three retirements inside the first four races, but he scored his first point in Spain despite losing two positions thanks to the wheel-banging with his team-mate, while in Monaco he took home a point, the first time since Haas joined Formula 1 that they broke into the top ten in the principality.

The highlight of the Frenchman’s season came in Germany where he made the most of the changeable conditions to finish ninth, which became seventh when the two Alfa Romeo Racing drivers were handed post-race penalties.  However, after Germany, despite some top ten qualifying positions, he would not break into the points again.

Overall, Magnussen edged the race battle eleven races to nine, with both drivers retiring from the British Grand Prix.  But it was a closer scrap than it appeared, particularly as Grosjean had seven retirements across the season compared to just the two of Magnussen.

Steiner has been very vocal about the downsides of 2019, but he laid no blame at all onto the drivers, which is one reason why both Grosjean and Magnussen were retained for 2020.  Driver stability should aid their recovery, but 2020 is a big year for Haas if they are to remain in the sport for the long-term.

They’ve never had that many issues in Qualifying, they were usually Q3 contenders for the majority of the season, but the drop off in performance on Sundays cost them a significant amount of points.

The team cannot afford to make the same mistakes as they did this time around, but there were signs towards the end of the campaign that they were getting on top of the problems that affected their race pace.  This can only bode well for 2020, and should they get back onto their a-game, there is no reason why they cannot be at the front of the midfield battle.

Driver-wise, Grosjean in particular needs to show that he is deserving of remaining with Haas for a fifth season, however, Magnussen also will need to drive to the best of his ability if he is to remain at the team beyond 2020.  There are some notable free agents at this time, such as Nico Hülkenberg, as well as some up-and-coming juniors, watching what happens, but it is up to the current line-up to prove they belong.

At least they won’t have the distraction of Rich Energy…

George Russell: “I’m sure it will be a thrilling spectacle both inside and outside the car”

By Paul Hensby
2 Mins read
George Russell has just two races of his Williams career remaining before he switches to Mercedes in 2022, and he is aiming for points this weekend in Saudi Arabia.
Formula 1

By Paul Hensby
2 Mins read
Williams drivers George Russell and Nicholas Latifi will race in the honour of Sir Frank Williams this weekend in Saudi Arabia after the team founder’s passing earlier this week.