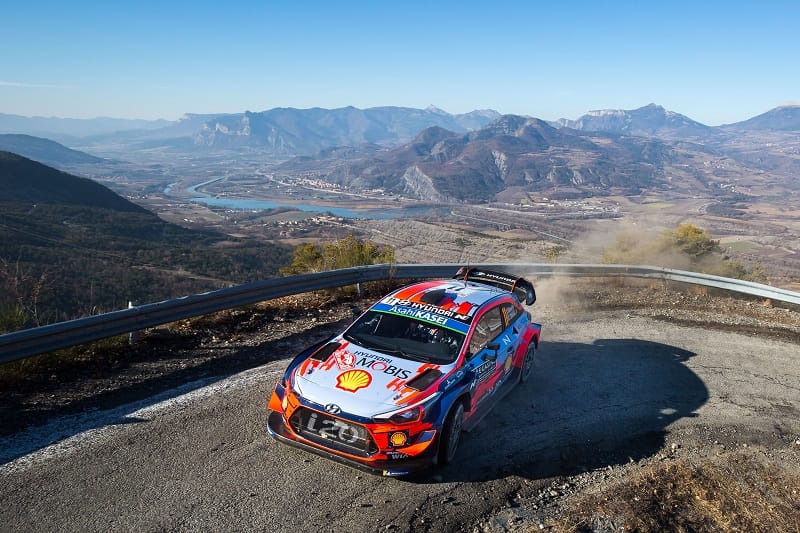 Thierry Neuville says that tyre choice is “crucial” on the season opening Rallye Monte-Carlo next weekend.

Neuville this season is joined by his arch title rival from past years Ott Tänak at Hyundai in something of a WRC super team and the Belgian wants to hit the ground running as he continues his pursuit of claiming a first Drivers Title in 2020.

He said ahead of the icy event next weekend: “Rally Monte-Carlo kicks off the season and we are straight into the dark stages. It’s a very tough event, and tyre choice is crucial. It’s a difficult event in which to compete; there’s a lot of hesitation and you need good pace notes, as well as accurate information from your weather crew.”

“We have been competing in Gap for a few years now and we know which sections are in the shade all day and will be slippery, but there will always be some surprises waiting for us in Monte. With different altitudes in the stages, high concentration is key. Conditions are constantly changing and the most dangerous thing for us is black ice.”

Neuville was still in the battle for the championship right until the end of 2019 and regularly challenged both Tänak and Sebastien Ogier as the trio battled at the top of the championship standings and he took the victory on three events in Corsica, Argentina and what turned out to be the final round of the year in Spain.

2020 Rallye Monte-Carlo takes place next weekend and you can follow the event here on The Checkered Flag.