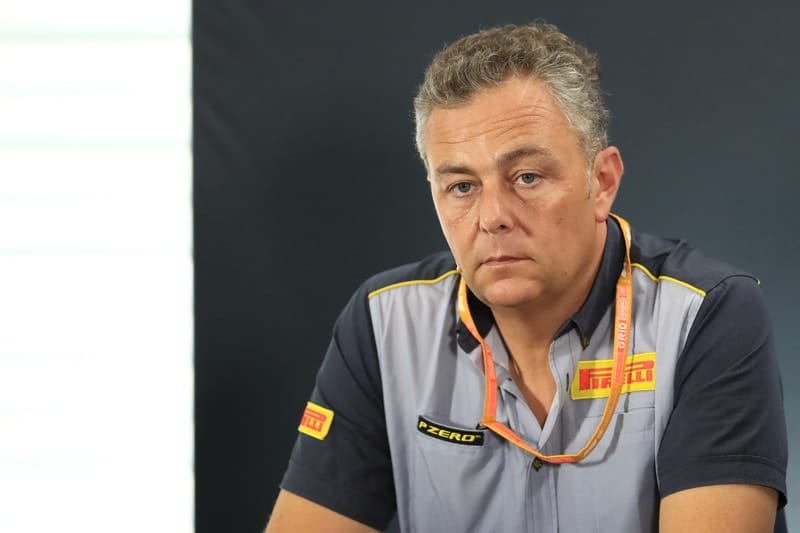 Pirelli Motorsport‘s head of Formula 1 and car racing, Mario Isola, has said that the backing they receive from both the FIA and Formula 1 Management (FOM) helps them reach their common target.

Since winning the bid to be the sport’s sole tyre supplier until 2023, the company has played an important role in helping F1 meet the new regulations which are in force this year, as well as encouraging wheel-to-wheel racing.

While the teams vetoed the decision to implement the changes which Pirelli had planned for this year, which would have meant they would need to make last-minute changes to their car designs, it is still in play as part of the wider rule changes intended for next year.

Regardless of the criticism, Pirelli has received in regards to the performance and design of their tyre compounds, Isola is not concerned, believing instead that their relationship with the FIA and FOM is the reason they play such a key role in the sport.

“I cannot complain at all. I’m very happy about the cooperation with Nikolas [Tombazis, FIA technical boss for single-seaters],” Isola is quoted as saying.

“I’m very happy about the cooperation with Ross Brawn and Pat Symonds, because also Pat is more in the tyre business, whereas Ross is a bit of a higher level.

“He’s always very supportive, always updated, always working a lot, all the people, from Chase Carey to all the people that are involved in the FIA.

“Jean Todt was really, really supportive of Pirelli when we were asking for an additional test last year, he supported the additional test. It’s a real, good way of working together. I think Pirelli, FIA and FOM, they have the same target because the success of the championship is our main target. We are not in competition.

“I understand the approach of the teams, they are in competition, they want to maximise their own interests. The drivers and teams, it’s their role. But for me, having this excellent relationship with the FIA and FOM is the first pillar to build something positive for the future. I cannot complain at all.”

Isola also paid tribute to former race director Charlie Whiting, who passed away last year, partly crediting him for the relationship between Pirelli and the sport.

"We were unfortunate and deserved better" - Williams' Dave Robson

By Nick Golding
1 Mins read
Williams Racing suffered a horrible end to the Qatar Grand Prix with both drivers suffering from late punctures. The team now look ahead to the final two races of the season.
Formula 1

By Nick Golding
2 Mins read
George Russell and Nicholas Latifi suffered a nightmare end to the Qatar Grand Prix, with both drivers suffering from sudden punctures at the Losail International Circuit.
Formula 1

"We were in the mix" - Haas's Guenther Steiner

By Nick Golding
1 Mins read
Guenther Steiner enjoyed seeing his team in the mix at the Qatar Grand Prix, after a promising race amongst the Williams and Alfa Romeo duos.