Nicholas Latifi: “Hopefully we can make up for the mileage we missed next week” 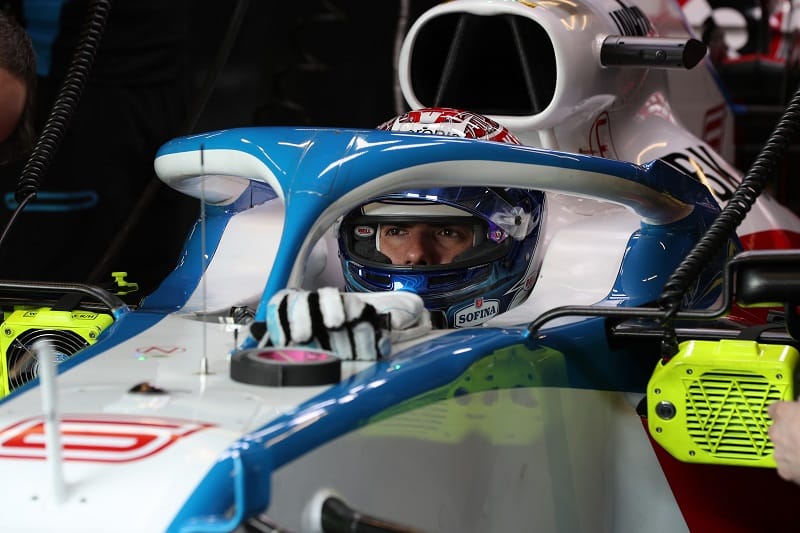 Nicholas Latifi was positive about the opening pre-season test of 2020 at the Circuit de Barcelona-Catalunya, even though an engine issue cost him valuable track time on Friday.

The 2019 FIA Formula 2 runner-up is making the jump up to a Formula 1 race seat for the first time in 2020 with ROKiT Williams Racing, with his first running in the FW43 coming on Wednesday afternoon after team-mate George Russell gave it its track debut that morning.

Latifi completed sixty-three laps on Wednesday, setting a best time just two-tenths of a second slower than his more experienced team-mate, with the twenty-four-year-old pleased with how his pre-season testing programme got underway.

“Overall, it was a very positive first day testing with the team,” said Latifi on Wednesday.  “I can definitely feel that the car has taken a step forward from last year, so thanks to the team for their hard work over the winter.

“We just have to keep plugging away each day and learn how the car reacts and see if we can find some more performance. All in all, I’m very pleased with the first day of running.”

Latifi returned to the driving seat for the final day on Friday and completed seventy-two laps.  However, his day was not without problems, as the Canadian was forced to stop on track with an engine related issue.

Despite the delays, the only rookie on the 2020 grid was able to return to the track to get some late laps in, with Latifi hoping to make up for the lost time in next week’s second test at the same circuit.

“It wasn’t the day I had hoped for in terms of running,” said Latifi.  “I mirrored George’s programme from yesterday in terms of the sequence, with a lot of aero runs in the morning, and then I was able to get a few pushing laps before we saw some potential problems in the PU data.

“However, the guys did a great job to rebuild the car and get me back out there. We had a busy last hour of the day, testing lots of items and maximising the running time. The lack of track time was unfortunate, but that’s how testing goes sometimes.

“Hopefully we can make up for the mileage we missed next week.”