Sergio Pérez: “It will be a long season but I’m looking forward to it” 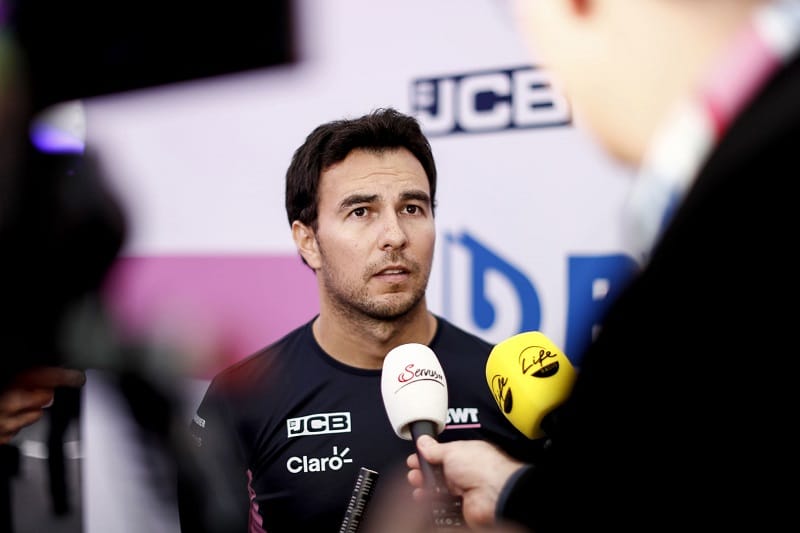 Sergio Pérez has come a long way since he joined the Formula 1 grid in 2011, with the Mexican heading into his tenth season in the sport aiming for a return to the podium in 2020.

The thirty-year-old BWT Racing Point F1 Team driver is the fourth most experienced driver on the grid this year behind Kimi Räikkönen, Lewis Hamilton and Sebastian Vettel, with the Australian Grand Prix next month set to be his one hundred and seventy-seventh race start.

2020 sees the return of Zandvoort to the calendar and the addition of the Vietnam Grand Prix in what could be the longest season in Formula 1 history, although there remains doubts over the chances of the Chinese Grand Prix taking place due to its recent postponement caused by the outbreak of the coronavirus.

“It will be a long season but I’m looking forward to it,” said Pérez.  “The support I have from my family is inspiring and I hope to have a wonderful year for them.

“I’m really looking forward to racing in Vietnam for the first time – which should be a great venue – and returning to Zandvoort after racing there in my junior career.

“Last season we saw a very close fight in the midfield and we were in the middle of it. I will be happy if we can finish fourth in the Constructors’ Championship this season and get a few podiums – that would be a good season.”

‘Everyone has been Working Flat Out’

2020 marks Pérez’s seventh consecutive season with the team, currently known as Racing Point but formerly known as the Sahara Force India F1 Team up until the Lawrence Stroll-led consortium bought them out midway through 2018.

Pérez feels the team has grown significantly in his time with them, and he feels it is important for them to show real progress in 2020 on the back of an under par 2019 that saw Racing Point finish a lowly seventh in the Constructors’ Championship.

“The team has changed a lot,” said the Mexican.  “We have grown significantly since the beginning and I think we can be very proud of what we have managed to achieve.

“I think we’re one of the few teams that is going through a big change and making real progress. That’s very important for us – to show that we are on the right track. Everyone has been working flat out and to have stability leads to an outstanding atmosphere within the team.

“I think the best is yet to come.”

‘Experience Counts a lot in Formula 1’

Prior to his time with Force India/Racing Point, Pérez spent a year with the McLaren F1 Team after making his debut with the Sauber F1 Team in 2011 and spending two years with them.

He admits it is quite funny to see just how the sport has grown in his time in it, and the experience he has gives him more control in more situations both on and off the track.

“It’s quite funny to see how the sport has grown,” said Pérez.  “When I joined Formula 1, I was one of the youngest drivers – but now I am one of the most experienced drivers out there.

“Experience counts a lot in Formula 1 and, if you’re comfortable with the environment, you can control more situations. Every year in the run-up to a new season, I get excited – especially when testing is just about to start.

“I have been with this team for a while now and to see how much it has grown to this present moment makes me very proud.”