Evans: “It’s obviously been a great start to the year with the team” 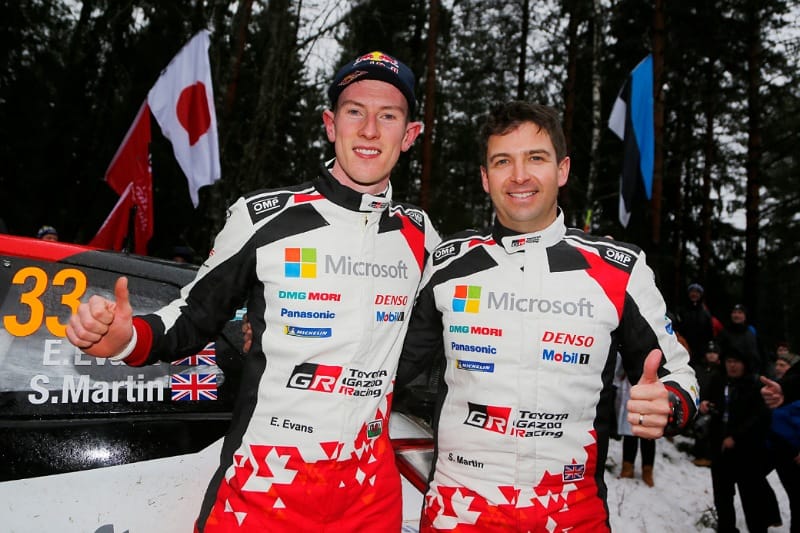 It has been a great start for Toyota Gazoo Racing’s newcomer Elfyn Evans as he claimed his second WRC win at Rally Sweden last month and before that a podium finish at the season-opener at Rallye Monte-Carlo.

Now withRally Mexico just around the corner, the Welshman is hoping to bring home great results once again, this rally will be the first gravel round in the new car for Evans.

Last season which was his last year with M-Sport, he took his Ford Fiesta WRC to a third place finish. But this year he has to put the hammer down to make the gap bigger to his rival Thierry Neuville, who is tied on points with Evans after the second round.

“It’s obviously been a great start to the year with the team, and I’m looking forward now to the first gravel event of the season. In a way, Mexico is quite like the first two rallies of the year, in that it has its own specific challenges that we have to try and adapt to. And this year, it’s another new surface for us to get used to with a new car.” Evans said.

“But we found a good feeling in the first two rounds, and we hope to do the same in Mexico. Leading the championship does mean we will be opening on the road on Friday, which will not make it easy for us, but we almost have to forget about that and just focus on the job in hand.”

“I don’t think it would be the same if we have less...

Fourth in Mexico “Not So Bad” for Evans

Ogier is leading the Rally Mexico after day two