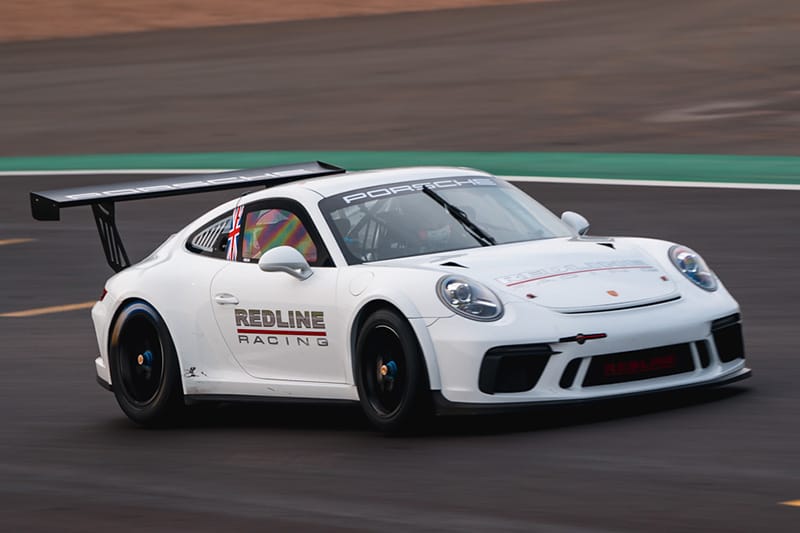 After announcing a four-car entry in to the new Porsche Sprint Challenge GB yesterday, Redline Racing have confirmed that they will be back on the Porsche Carrera Cup GB grid with Argentinian driver Dorian Mansilla, while Jamie Orton returns to the team for the 2020 season.

Mansilla comes to the UK after competing in eight of the ten Porsche Mobil 1 Supercup rounds fresh from karting. In only his second season of car racing the 20-year-old joins the highly competitive grid of the Carrera Cup GB as part of driver development programme from Global Race SA that aims to promote Latin American racers abroad.

Orton was due to race for JTR this season but forced to cancel his plans, “After initially confirming my entry for the 2020 season I had to withdraw it as it looked like I wasn’t going to be able to take part this year,” explained Orton to The Checkered Flag.

“Thankfully, I will be on the grid and can’t wait to get back out on track with Redline Racing who gave me my Carrera Cup GB debut back in 2017.”

Orton heads in to the 2020 season looking to build on his previous three years in the championship that have seen him compete in the Pro-Am class before making the move up to Pro halfway through the 2019 season where he took a season-best second place finish at Oulton Park .

“We are delighted to have signed Dorian and Jamie to Redline Racing for the 2020 Porsche Carrera Cup GB. Both drivers have shown they are quick behind the wheel of a Porsche 911 GT3 Cup car and are brilliant additions to our line-up this season,” said Simon Leonard, team manager.

“It’s great to welcome Dorian to British motorsport. He showed some good potential in the Supercup last year and while adapting to a new country, new championship, new team and new circuits will provide a big challenge, we’re confident he’ll be able to progress well through the campaign.

“Jamie started his Carrera Cup GB journey with us at the start of 2017, and in the years since he has made some huge progress in the championship. An overall podium finish last year was richly deserved and hopefully we can bring home some more silverware this season.”

The 2020 Porsche Carrera Cup GB will kick in to action on Monday 16 March when Silverstone plays host to the annual Porsche GB media day before the first rounds take place at Donington Park on 28/29 March.