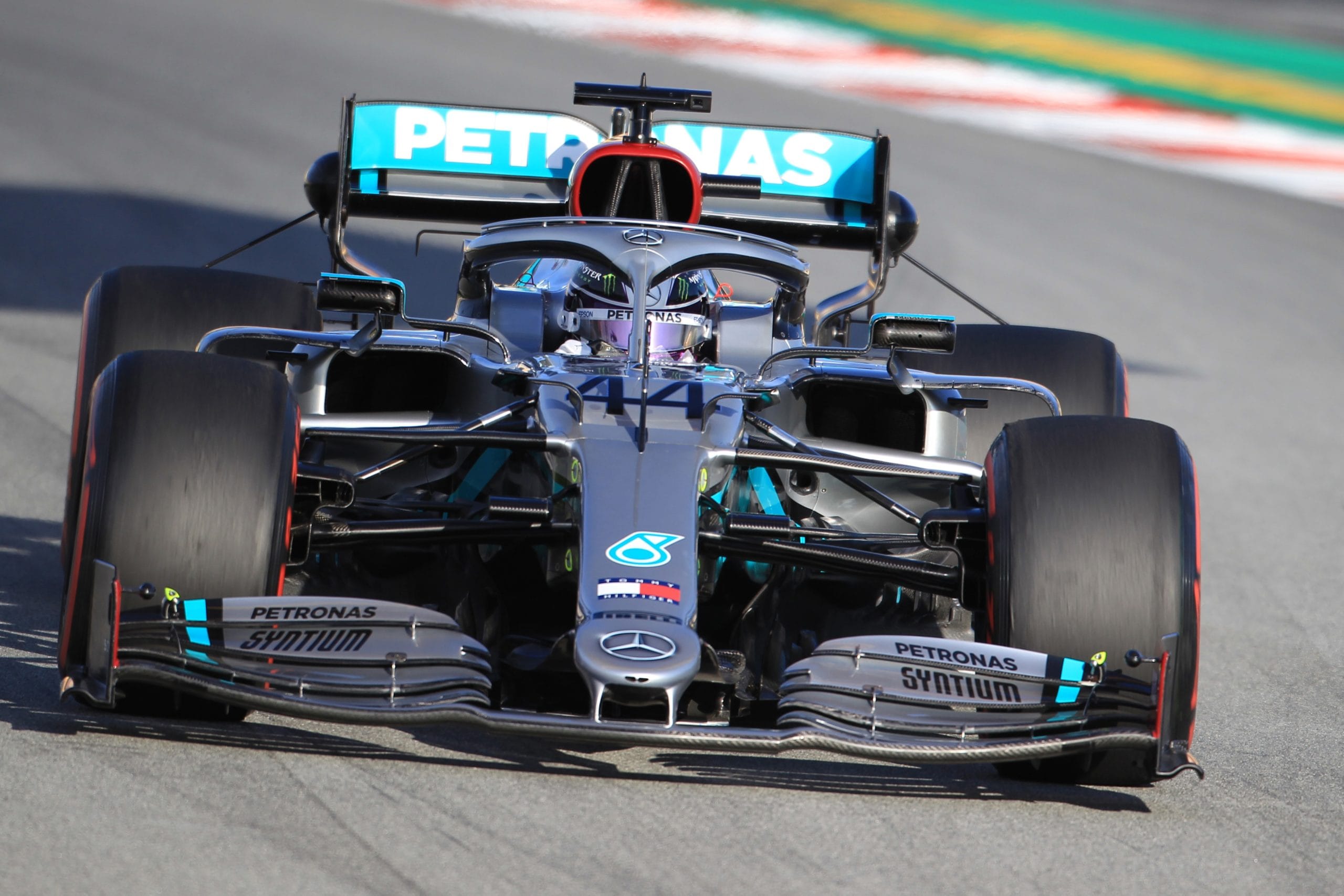 Mercedes-AMG Petronas are entering 2020 with one goal in mind – becoming the first team in Formula One history to win seven consecutive constructor’s championships. The currently hold the joint record of six with Ferrari, who enjoyed their title glory between 1999-2004. And after a showing unrelenting pace during winter testing two weeks ago, it seems that the Silver Arrows will hit the ground running when the F1 fraternity arrives at Albert Park next weekend for the beginning of the longest season the sport has ever seen.

Time flies when you’re having fun. This time six years go, Lewis Hamilton was entering just his second campaign with Mercedes with just a solitary driver’s title to his name, and now we enter 2020 with the Briton on the precipice of claiming his seventh world title and putting himself level with the likes of none other than Michael Schumacher. Like Schumacher, Hamilton has garnered much of his success for one of the biggest manufactures in the sport. Not only is Schumi’s title record under threat, but Hamilton sits just seven wins away from tying Schumacher’s seemingly insurmountable 91 wins, a record that stretches back to the 2006 Chinese Grand Prix.

After scoring 11 wins and 17 podiums in 2019, it’s easy to say that it was probably Hamilton’s most consistent and dominating season to date. He jumped out of the gates quick, winning six out of the first eight races, and finishing second in the other two. His consistency, awareness and racecraft was so immense, that even his team-mate Valtteri Bottas was wondering what he had to do to overcome this seemingly impossible task of trying to match Hamilton. For 2020, Hamilton knows what he needs to do, and it appears that his team have provided him with the machinery required to put his name in the 70-year old record books as statistically one of if not the greatest Formula 1 driver of all-time. Immortality awaits.

It’s hard to believe that Valtteri Bottas is entering his fourth season with the all conquering Mercedes outfit, and yet here we are contemplating the potential and possibility of the flying Finn being able to topple his transcendent and scarily fast team mate Lewis Hamilton. And for all intents and purposes, 2020 could very well be Valtteri’s final chance at taking the championship away from Hamilton. With Mercedes young driver George Russell breathing down his neck, the pressure has never been higher for Bottas to become Finland’s fourth world champion. Having only won just seven races in three years with the Brackley based squad, there’s no doubt that this season will be a make-or-break season for the man that was once dubbed a future world champion by none other than Sir Frank Williams.

With all this being said, Bottas enjoyed his most successful season in F1 to date, finishing runner-up to eventual champion and team-mate Lewis Hamilton. Scoring four wins and 15 podiums, there’s absolutely no doubting the Nastola native’s ability to go toe-to-toe with not only Hamilton, but also the might of Ferrari and Red Bull in search of that maiden world driver’s title. Valtteri will be looking to leave Melbourne in a week’s time with the same aplomb of 12 months ago, after taking a dominant victory in the opening round of 2019. In order to beat Lewis Hamilton, you must be at 110% every weekend without error for 22 weekends in order to have a chance at stopping the stronghold that Lewis currently has on the trophy. No one knows this more than Valtteri Bottas, and in 2020 he’ll be looking to finally achieve his dream of becoming world champion.

Mercedes topped both of the main leaderboards after leaving Barcelona – lap times and lap count. Valtteri Bottas set the fastest time of the entire test on just the third day of the first test, with a blistering fast time of 1:15.732, whereas they lapped the Circuit de Barcelona-Catalunya a mesmeric 903 times, a full 59 laps more than their nearest and fiercest rivals Ferrari. These facts and figures pretty much confirm that the latest iteration out Brackley – the W11 is not only fast, but consistently reliable. Or is it?

On the final day of testing, Lewis Hamilton’s car grounded to a halt with a suspected PU issue that doesn’t seem to have anyone too concerned, but it’s definitely not ideal. It’s absolutely no secret that Mercedes are looking to increase engine performance in 2020 after falling behind Ferrari and sometimes even Honda in the outright power stakes. Are they pushing the limits too much in search of performance, and will this be their achilles heal? It’s too soon to tell, but you can be sure that everyone at Brixworth will be working tirelessly to make reliability improvements before Melbourne next week.

So what can the Silver Arrows achieve in 2020?

Plain and simply, Mercedes will be gunning for nothing less than glory in both the Drivers and Constructor’s championship. Having won both of those titles for the last six seasons consecutively, anything less will be considered a failure of unthinkable proportions, and they’ll be looking to round off the current era of regulations with nothing but absolute domination before Formula 1 once again revolutionises itself in 2021. The team in it’s former guise of Brawn GP did rather well at the dawn of the sport’s last major rules overhaul in 2009, so there’s no reason to believe that they’d handle the ’21 just fine.

Back to 2020 though, and with the rules being stable after 2019 there’s no reason to believe that Mercedes won’t be at the very sharp end of the grid for the entirety of this season. And if winter testing was anything to go by, then they could be very hard to catch if their car manages to pass the reliability test. When we get to Abu Dhabi in November, there’s a very high chance that we could be regarding this all-conquering team as not only the best team of this era, but one of the greatest marques this sport or any other series in the world has ever seen.

By Nick Golding
2 Mins read
Aston Martin announced impressive signing of Martin Whitmarsh as Group Chief Executive Officer of Aston Martin Performance Technologies, as the team strides to make its next step towards the front.
Formula 1

"I don't think being back will feel any different" - Kimi Räikkönen

By Nick Golding
2 Mins read
Kimi Räikkönen returns this weekend after missing the last two races after testing positive for Coronavirus. Räikkönen and Antonio Giovinazzi are hoping for a strong Russian Grand Prix.