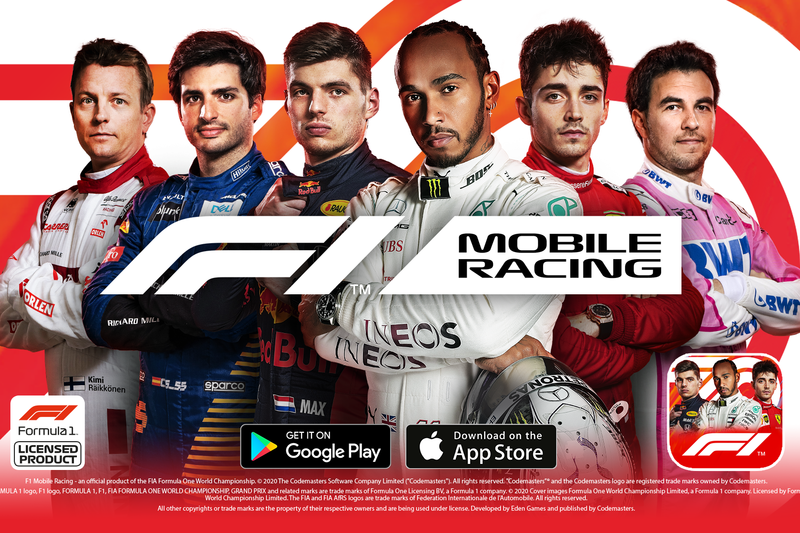 Codemasters have announced a new update to the F1 Racing Mobile Game which will see features of the 2020 FIA Formula 1 World Championship.

The update which is scheduled to come in May, will see the app include new tracks which have been added to the Formula 1 racing calendar and new drivers, bringing the game up to date.

The new update include ROKiT Williams Racing driver Nicholas Latifi being added to the game to join the rest of the grid, as the only rookie on the grid he is the newest driver to be added.

Along with the update to drivers, there will be the new 2020 cars added such as Mercedes AMG Petronas‘ W11, along with all the new cars on the grid.

Additionally, there will be the new tracks added including Circuit Zandvoort, which is due to host the Dutch Grand Prix, along with the addition of Hanoi Circuit, which was due to host its first Grand Prix earlier this year.

It was also announced that the app will feature a celebration of the 70th Anniversary of Formula 1. This will begin in May, this will allow players to compete in a one-off GP Event at five of the iconic circuits from the 1950 Championship.

Vincent Meulle, Executive Producer at Codemasters, spoke on his excitement of releasing the new updates, “We know our players will be excited by the first major 2020 update of the year and there is still a lot more to come. We are excited to launch Circuit Zandvoort, and later in the month Hanoi Circuit, but we don’t stop there and have big surprises and features coming later in the season.

“Our players want the most authentic experience possible on their mobile devices and with the new 2020 season update F1 ® Mobile Racing continues to deliver the action and excitement they crave.”