NASCAR Next Gen car delayed to 2022 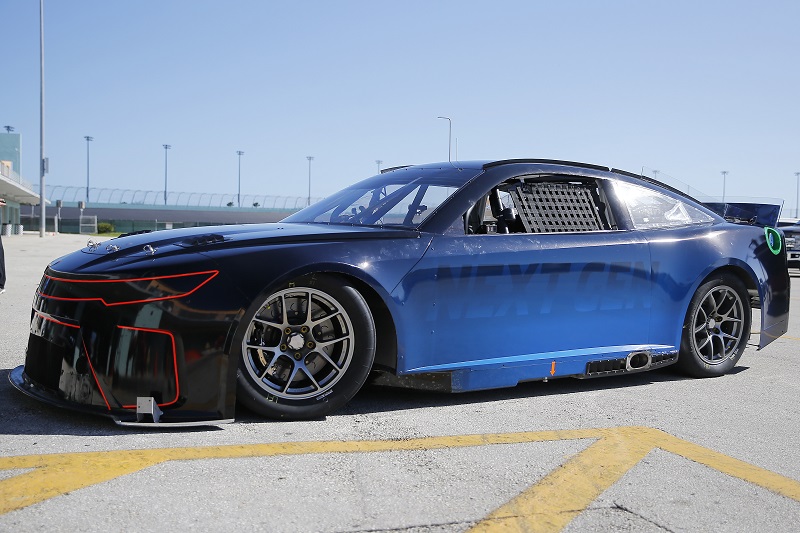 The NASCAR Cup Series will have to wait a year before the début of the Next Gen car. Due to the COVID-19 pandemic, NASCAR announced Thursday that the arrival of the seventh-generation race car will be pushed back to 2022.

“Due to challenges related to the coronavirus pandemic, the debut of the Next Gen car will be delayed until 2022,” NASCAR Senior Vice President of Racing Innovation John Probst said. “We will continue to develop the Next Gen car, and a revised testing timeline will be shared when more information is available.”

The Next Gen has received four tests so far with Austin Dillon, Joey Logano, Erik Jones, and William Byron behind the wheel of generic cars as manufacturers (OEMs) continue developing their vehicles. Although details for the car continue to be ironed out, confirmed specifics include switching to a single-lug wheel while the test cars have featured sequential gearboxes and diffusers.

In the days leading up to NASCAR’s announcement, reports surfaced of teams expressing their doubts of the Next Gen car being rolled out with proper testing in time. Jordan Bianchi of The Athletic wrote of the possibility that the car be slowly eased into use in 2021, similar to the 2007 season when drivers raced with both the old Generation-4 and the new Car of Tomorrow in preparation for a full transition.

The pandemic has taken its toll on motorsport. NASCAR is currently on a seven-race hiatus through early May, but even its hopeful return date at Martinsville Speedway is in jeopardy after state orders forced citizens to stay home until June. The sanctioning body intends to run all 36 Cup races, though its strategy has not been revealed; possibilities include weekday races and doubleheaders similar to the one already planned for Pocono Raceway.

From a team standpoint, the virus has also forced many teams to temporarily shutter operations, posing concerns for smaller organisations and their workers’ jobs. On Monday, Adam Stern of the Sports Business Journal reported chartered Cup teams have approached NASCAR for advance payments in response to sponsors being unable to continue their financial support.

By Justin Nguyen
3 Mins read
Mike Rockenfeller, who has won everything endurance-related from Le Mans and Nürburgring to Daytona and Spa, will now head to the NASCAR Cup Series as he drives for Spire Motorsports at Watkins Glen.