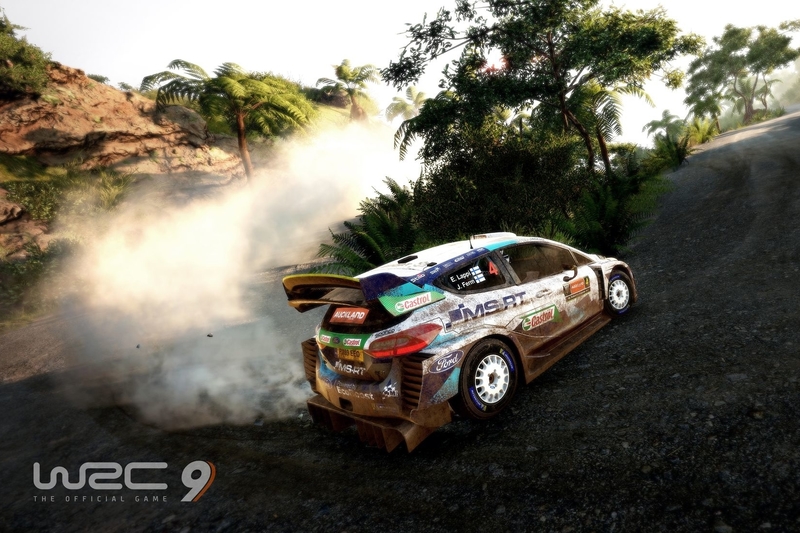 NACON and the developers of WRC9, KT Racing, have revealed the first gameplay video of the new game featuring a stage from Rally New Zealand.

The ninth instalment of the official game of the FIA World Rally Championship is set for release on September 3 on XBOX One, PlayStation 4 and PC, with this video showcasing a first look at the new event.

New Zealand last hosted a round of the WRC back in 2012 and this year will head for a new set of gravel stages around Auckland and its surrounding area.

As well as showing the new rally for the first time, the trailers also features all three manufacturer teams, Toyota GAZOO Racing, Hyundai Motorsport and M-Sport Ford, with on board and sound samples from each car also featured.

Lead Level Designer at KT Racing Benoît Gomes said on the challenge of creating the new environment for the game: “Roads in New-Zealand are amongst the most beautiful and the most appreciated in the Championship’s history.”

“Famous for its fast chains of turns and a sustained pace rhythm, along with breath-taking landscapes, Rally New-Zealand truly offers a particular experience.”

He continued: “A long preparation work allowed us to replicate, as closely as possible, the luxuriant vegetation, the light and unique ocean views, as well as the road’s topography and surfaces, mainly composed of gravel. We’re convinced that players will enjoy taking up this challenge as much as we did in WRC 9.”

NANCON have also revealed that the game will be released on the next generation of consoles, XBOX Series X and PlayStation 5, as well as the Nintendo Switch, although all three have yet to be given a release date.

You can watch the first gameplay video of WRC9 below:

By Justin Nguyen
1 Mins read
The eNASCAR iRacing Pro Invitational Series will not return for the rest of 2021.