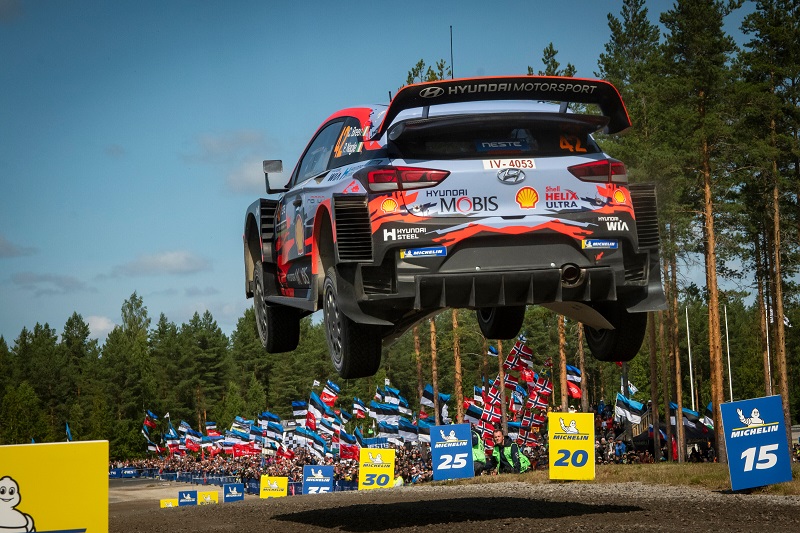 Craig Breen will drive the third Hyundai Motorsport i20 Coupe WRC on 2020 Rally Finland, subject to the event going ahead, alongside Thierry Neuville and Ott Tänak.

The Finnish event is still planned to take place on the first weekend in August, although this could yet change due to the ongoing COVID-19 pandemic.

Irishman Breen has been confirmed to make his second WRC appearance of the year after competing on Rally Sweden where he took seventh overall.

Breen later tweeted on the news:

2020 will be his second Rally Finland appearance for the team after competing last year on the high speed gravel event where he again finished solidly – also in seventh.

The FIA World Rally Championship has been severely affected by the coronavirus crisis – the planned return of Rally Kenya was last week postponed until 2021, despite the best efforts of the organisers to try and stage it this year.

Rally Portugal has been cancelled altogether, while the events in Italy and Argentina have both been postponed while Rally New Zealand could also be affected by the crisis also.

Rally Finland is scheduled to take place between August 6-9.

By Pontus Lindroos
1 Mins read
The Toyota Gazoo Racing WRT team principal Jari-Matti Latvala is now looking to get the chance to test the all-new Yaris Rally1 before this year will end.
FIA World Rally Championship

By Pontus Lindroos
1 Mins read
After parting away from the co-driver duty for Oliver Solberg, it was announced that Aaron Johnston will be be teaming up with Takamoto Katsuta for Rally Finland as Keaton Williams is still unavailable
FIA World Rally Championship

By Pontus Lindroos
1 Mins read
For second year in a row, the Italian ACI Rally Monza is set to host the FIA World Rally Championship season-finale.